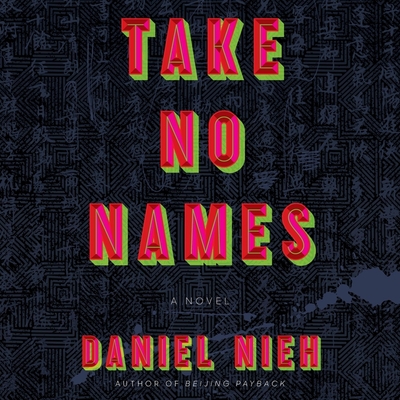 A riveting thriller about a fugitive in search of a quick payday in Mexico City who finds himself in the crosshairs of a dangerous international scheme.

Victor Li is a man without a past. To his new employer, Mark, he's just an anonymous hired hand to help with the dirty work. Together, they break into storage units that contain the possessions of the recently deported, pocketing whatever is worth selling. Only Victor and his sister, Jules, know that he's a wanted man.

Amid the backpacks and suitcases, Victor makes the find of a lifetime: a gem rare and valuable enough to change his fortunes in an instant. But selling it on the sly? Nearly impossible. Thankfully, its former owner, a woman named Song Fei, also left a book of cryptic notes--including the name of a gemstone dealer in Mexico City.

When Victor and Mark cross the southern border, they quickly realize that this gem is wrapped up in a much larger scheme than they imagined. In Mexico City, shadowy international interests are jockeying for power, and they may need someone with Victor's talents--the same ones that got him in trouble in the first place.

On the heels of his knockout debut Beijing Payback, Daniel Nieh delivers Take No Names, a white-knuckled and whip-smart thriller that races to an electrifying finish.