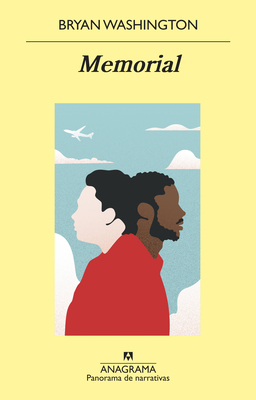 Washington’s debut novel (after LOT: Stories) is a fascinating story of a contemporary relationship between two young men of different backgrounds but with similar father-son issues. Unlike LOT, which I loved for the multiple perspectives and relationships, MEMORIAL is simpler, though it is narrated by both main characters. Benson is the primary narrator, and he spends most of his time writing about his boyfriend Michael, with whom he has been living for four years, the people he works with at a day-care center, and his family – his sister and his divorced parents. Benson grew up in Katy in a middle class family. Michael, on the other hand, immigrated as a young child to Houston from Japan with his parents, and had a hand-to-mouth childhood before becoming a restaurant cook. Michael’s father returned to Japan 11 years ago, but Michael and his mother remained in the U.S. until his mother returned to Japan when Michael was grown. Now Michael’s father is dying, and Michael decides to go back to Japan to visit him, describing the experience in the sections of the novel that he narrates. At the same time, Michael’s mother comes to Houston to visit. While Michael is in Japan, Benson and Michael’s mother live together in the apartment. When Michael returns, he and Benson realize that they are in different places in their own relationship as well as their relationships with family members and others.

“Reading Memorial is like sitting down with a dear friend, asking ‘What’s going on with you?’ and settling in for much-needed catch-up on life, love, heartache, and family. Washington’s writing is so intimate and direct that you feel the exhilaration, frustration, and uncertainty that Benson and Mike feel about their relationships, both with one another and with their families, which inspires a heart-felt connection to these characters that is hard to find in the world during socially distant times.”
— Colleen Ellis, Lark and Owl Booksellers, Georgetown, TX

“Mike has dropped everything to be with his absentee father as he succumbs to cancer in Japan, and Benson is left in their one-room apartment in Texas with Mike’s mother. This sweet book is a rumination on what tethers us to one another.”
— Hillary Smith, Copperfield's Books, Sebastopol, CA