When God Winks: How the Power of Coincidence Guides Your Life (The Godwink Series #1) (Paperback) 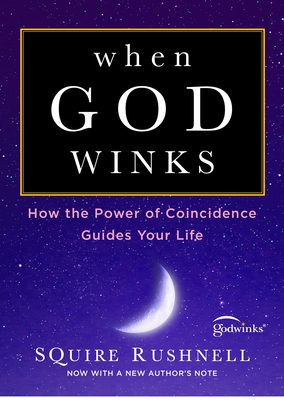 This is book number 1 in the The Godwink Series series.

SQuire Rushnell teaches you how to use the power of “Godwinks”—divine coincidences—to seize certainty in uncertain times, and enrich your career and relationships.

Whether you call it synchronicity or coincidence, it is not an accident that you just picked up When God Winks. In fact, you may have suspected all along that there is more to coincidence than meets the eye. These seemingly random events are actually signposts that can help you successfully navigate your career, relationships, and interests. By recognizing the “Godwinks” our Creator has placed in our paths, we can understand—and embrace—the journey God has laid out for us.

After reading When God Winks, you’ll learn to recognize coincidences in your life for what they truly are: an act of God’s enduring love.

SQuire Rushnell is a popular speaker and New York Times bestselling author who has coined the term “Godwink,” now in mainstream usage. Within more than one million books in print, SQuire’s Godwink stories are a popular monthly feature on Today. He has also appeared on several national television programs including Fox News Channel’s Fox & Friends and CBS Sunday Morning. As a veteran ABC Television Network executive, he led Good Morning America to the number one spot and oversaw the acclaimed Schoolhouse Rock! series and the ABC Afterschool Specials. Programs under his direction have captured more than seventy-five Emmy Awards.