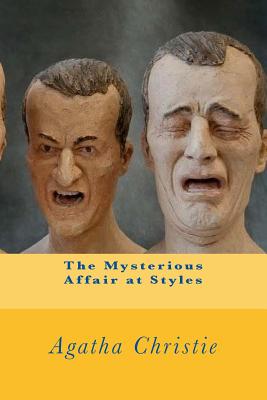 In her first published mystery, Agatha Christie introduces readers to the heroic detective, Hercule Poirot. This is a classic murder mystery set in the outskirts of Essex. The victim is the wealthy mistress of Styles Court. The list of suspects is long and includes her gold-digging new spouse and stepsons, her doctor, and her hired companion.

Agatha Mary Clarissa, Lady Mallowan, DBE (15 September 1890 - 12 January 1976), commonly known as Agatha Christie, was an English crime fiction writer. She also wrote romance novels under the name Mary Westmacott, but is best remembered for her 80 detective novels and her successful West End theatre plays. Her works, particularly featuring detectives Hercule Poirot or Miss Jane Marple, have given her the title the 'Queen of Crime' and made her one of the most important and innovative writers in the development of the genre. Christie has been called - by the Guinness Book of World Records, among others - the best-selling writer of books of all time, and the best-selling writer of any kind together with William Shakespeare. Only the Bible sold more with about 6 billion copies. An estimated four billion copies of her novels have been sold. UNESCO states that she is currently the most translated individual author in the world with only the collective corporate works of Walt Disney Productions superseding her. As an example of her broad appeal, she is the all-time bestselling author in France, with over 40 million copies sold in French (as of 2003) versus 22 million for Emile Zola, the nearest contender. Her stage play, The Mousetrap, holds the record for the longest initial run in the world, opening at the Ambassadors Theatre in London on 25 November 1952, and as of 2007 is still running after more than 20,000 performances. In 1955, Christie was the first recipient of the Mystery Writers of America's highest honor, the Grand Master Award, and in the same year, Witness for the Prosecution was given an Edgar Award by the MWA, for Best Play. Most of her books and short stories have been filmed, some many times over (Murder on the Orient Express, Death on the Nile, 4.50 From Paddington), and many have been adapted for television, radio, video games and comics. In 1998, the control of the rights to most of the literary works of Agatha Christie passed to the company Chorion, when it purchased a majority 64% share in Agatha Christie