The Murder of Roger Ackroyd (Hardcover) 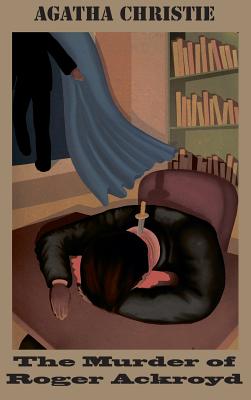 Ackroyd's niece calls Poirot in to ensure that the guilt does not fall on Ackroyd's stepson; Poirot promises to find the truth, which she accepts.
The novel was initially well-received, remarked for the startling ending, and in 2013, 87 years after its release the British Crime Writers' Association voted it the best crime novel ever. It is one of Christie's best known and most controversial novels, its innovative twist ending having a significant impact on the genre. Howard Haycraft included this novel in his list of the most influential crime novels ever written.