The Night She Disappeared: A Novel (CD-Audio) 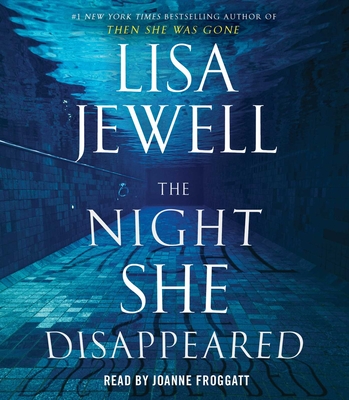 The novel is set in an English suburb around the lives of two young adult parents, Tallulah and Zach, who have disappeared. After going out one night, they were invited back to a party hosted by one of Tallulah’s friends. However, no one is able to reach either Tallulah or Zach following this night, causing Tallulah’s mother to worry. An investigation takes place but a year has passed and nothing has changed. However, things begin to change when the new headteacher, Shaun, and his girlfriend, Sophie, move into a cottage near the woods and the house that the party was held. Shortly after, Sophie discovers a sign that says “Dig Here,” the first of a series of events that reopen the case.

“Lisa Jewell is indeed a master of suspense with The Night She Disappeared. Multiple timelines add to the suspense as the characters’ lives began to interweave and the story builds to an unexpected climax.”
— Eileen McGervey, One More Page Books, Arlington, VA

From the #1 New York Times bestselling author of Then She Was Gone comes another riveting work of psychological suspense about a beautiful young couple’s disappearance on a gorgeous summer night, and the mother who will never give up trying to find them...

On a beautiful summer night in a charming English suburb, a young woman and her boyfriend disappear after partying at the massive country estate of a new college friend.

One year later, a writer moves into a cottage on the edge of the woods that border the same estate. Known locally as the Dark Place, the dense forest is the writer’s favorite area for long walks and it’s on one such walk that she stumbles upon a mysterious note that simply reads, “DIG HERE.”

Could this be a clue towards what has happened to the missing young couple? And what exactly is buried in this haunted ground?

With her signature “rich, dark, and intricately twisted” (Ruth Ware, New York Times bestselling author) prose, Lisa Jewell has crafted a dazzling work of suspense that will keep you on the edge of your seat until the final page.

Lisa Jewell is the #1 New York Times bestselling author of nineteen novels, including The Family Upstairs and Then She Was Gone, as well as Invisible Girl and Watching You. Her novels have sold over 5 million copies internationally, and her work has also been translated into twenty-nine languages. Connect with her on Twitter @LisaJewellUK, on Instagram @LisaJewellUK, and on Facebook @LisaJewellOfficial.