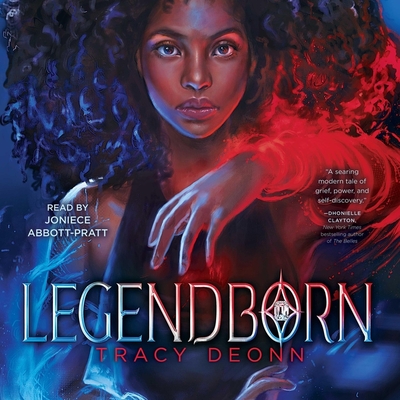 A new and fascinating take on the Arthurian legends set in present-day North Carolina. When her mother dies in a car crash, sixteen-year-old Bree is devastated and gladly accepts a place in the Early College program at UNC Chappell Hill to get away from home and the memories. On her very first night on campus she witnesses magic and students battling demons, unwittingly stumbling into an eternal battle with evil and a secret society of the Legendborn. A mage tries to wipe her memories of the incident, unwittingly unlocking a memory related to her mother's death. with the help of a reluctant Legendborn, Nick, Bree infiltrates the society, believing them to have had something to do with her mother’s death. As she seeks the truth, Bree will have to face her own past to decide whether to join the Order and the upcoming magical war, or bring about their downfall. Deals with themes of racism and the long history of slavery in the South as well as the Arthurian legend and traditional African-American magical traditions. Several plot twists make this an engrossing read. It is also the first of at least two books and I look forward to continuing on this adventure with Bree. Fans of Victoria Schwab (This Savage Song) will love this strong, female lead!

“This book showed up at the perfect time. It addresses many things that we as Americans have not discussed. Weaving the Arthurian legend with Black southern folklore make this a magical and unique book on so many levels. All the emotions and experiences that Briana goes through are so relevant and timely. I was totally transported and enthralled with this book, which is going to make waves in the fantasy community. Much needed waves. Kudos to Tracy Deonn for writing such a fantastic piece of fiction.”
— Kim Brock, Joseph-Beth Booksellers, Cincinnati, OH

Filled with mystery and an intriguingly rich magic system, Tracy Deonn's YA contemporary fantasy Legendborn offers the dark allure of City of Bones with a modern-day twist on a classic legend and a lot of Southern Black Girl Magic.After her mother dies in an accident, sixteen-year-old Bree Matthews wants nothing to do with her family memories or childhood home. A residential program for bright high schoolers at UNC-Chapel Hill seems like the perfect escape--until Bree witnesses a magical attack her very first night on campus. A flying demon feeding on human energies. A secret society of so called "Legendborn" students that hunt the creatures down. And a mysterious teenage mage who calls himself a "Merlin" and who attempts--and fails--to wipe Bree's memory of everything she saw. The mage's failure unlocks Bree's own unique magic and a buried memory with a hidden connection: the night her mother died, another Merlin was at the hospital. Now that Bree knows there's more to her mother's death than what's on the police report, she'll do whatever it takes to find out the truth, even if that means infiltrating the Legendborn as one of their initiates. She recruits Nick, a self-exiled Legendborn with his own grudge against the group, and their reluctant partnership pulls them deeper into the society's secrets--and closer to each other. But when the Legendborn reveal themselves as the descendants of King Arthur's knights and explain that a magical war is coming, Bree has to decide how far she'll go for the truth and whether she should use her magic to take the society down--or join the fight.