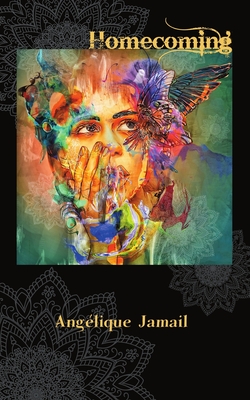 Raqia, a teenage girl who immigrated to Texas from Lebanon as a toddler, has felt the subtle pang of loneliness most of her life: she has no siblings, and her widowed father stayed behind when Raqia and her grandmother left Beirut to escape dangerous wolf packs terrorizing the city.

These wolves were not just animals, however. They were also people.

Homecoming is set in a present-day world where one's Animal Affinity emerges, usually during adolescence, to signal one's burgeoning into adulthood.

Raqia and her two best friends, Anabelle and Eddie, navigate homecoming at their high school while the threatening undercurrent of wolf packs encroaches around their city. Complicating all of this are two things: first, charismatic Eddie himself is a wolf--though not, he claims, associated with one of the gangs engaging in violent criminal behavior; second, Anabelle's emotional swings grow more wild as one of the girls begins to evince her Animal Affinity. The balance between this trio--and the friendships which matter in Raqia's life--are on the cusp of an irrevocable shift.