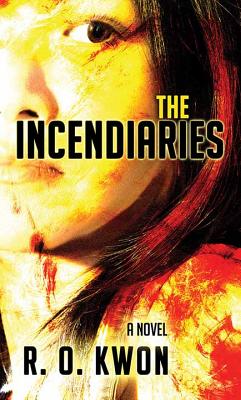 College years can be an unsettling time, a time of questioning and self discovery, and if one arrives with emotional baggage, things can go from unsettling to bad. The setting of this novel is an ivy league-ish university in upstate New York. Will Kendall transfers from a Bible college for his sophomore year and meets Phoebe Lin, a wealthy classmate who was born in Seoul and immigrated to the U.S. The two fall in love, but Phoebe, who is trying to deal with the fact that her reckless driving caused her mother's death, gradually drifts into a group of young people who have come under the influence of John Leal, a half-Korean former student at the university who claims to have been captured and tortured by North Koreans when he was on a religious mission. The novel is presented in three alternating voices --Will's, Phoebe's and John's -- but it's really Will's story as he tries to understand what is happening in his relationship with Phoebe as her involvement in John's group, Jejah, leads to subversive activity and even violence. Well-written and well-structured.

“R.O. Kwon’s debut knocked me sideways. The Incendiaries is a serious reckoning with the problem of fanaticism and the violence of blind devotion. The story of Will and Phoebe is told with an extraordinarily smart and soulful style. I was amazed at how perfectly Kwon’s spare language fit her novel’s expansive scope. A stunning portrait of what faith can do and undo, The Incendiaries will delight and disturb. But, most of all, it will impress.”
— John Francisconi, Bank Square Books, Mystic, CT

“A slim, unsparing book about obsession in all its forms. R.O. Kwon puts you into the head of Will, who attempts to come to terms with the truths of his heady relationship with Phoebe, a fellow student whose guilt over her mother’s death puts her in the path of a religious cult. I was enthralled by this book; I was infuriated by this book. I will not soon forget this book.”
— Jamie Thomas, Women & Children First, Chicago, IL

Phoebe Lin and Will Kendall meet their first month at prestigious Edwards University. Phoebe is a glamorous girl who doesn't tell anyone she blames herself for her mother's recent death. Will is a misfit scholarship boy who transfers to Edwards from Bible college, waiting tables to get by. What he knows for sure is that he loves Phoebe.