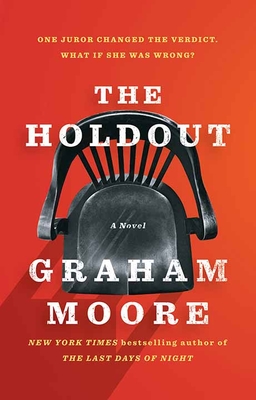 Anyone who has sat on a jury knows that deciding guilt or innocence is a complex and burdensome process, and that the actions of defense and prosecution attorneys are not always straightforward. If you haven’t served on a jury but have watched a lot of Law and Order episodes, you probably know the same things. Graham Moore’s new novel (after The Last Days of Night) is a dissection of a murder trial that took place ten years earlier than the time of the current story. The jurors from that contentious trial have gathered for a reunion at the same hotel where they were sequestered for four months. One of the jurors is found dead, presumably murdered, and another juror is arrested for the murder. The accused happens to be a defense attorney who, in the earlier trial, as a young woman recently out of college, was able to persuade all eleven other jurors to return a not guilty verdict. In order to exonerate herself, she has to try to figure out not only who killed her fellow juror but if she was wrong or right in the earlier trial. There’s a lot of legal and moral strategizing along with some nicely handled plot twists that make for a gripping read.