With Clive in India: Or, The Beginnings of an Empire (Paperback) 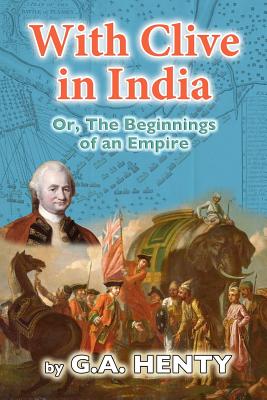 When young Charlie Marryat and his friend, Peters, join the East India Company (EIC) as clerks, little do they know what adventure awaits them. Once in India, the pair meets Robert Clive, an employee of the EIC who proves to be a gifted military leader. Charlie and Peters follow Clive as he leads in the fight against the French in order to protect British interests. Along the way Charlie forms lasting bonds with an Irishman, Tim, and an Indian, Hossein. Will Clive be able to defeat the determined French? Will Charlie and his friends survive the threat of war, tigers and the Black Hole of Calcutta? These questions and more will be answered in G. A. Henty's With Clive in India: or, the Beginnings of an Empire. Set in mid-eighteenth century India, Sri Lanka and England, this book includes more than 120 geographical, historical, and explanatory footnotes to aid the modern reader.

G.A. Henty (1832-1902) was a prolific author and journalist in the 19th century. Drawing on his experience and knowledge as a war correspondent, Henty was a master of weaving history into his fictional stories about courageous young men living in difficult times marked by military conflict. His stories provide insight into some of the greatest conflicts of history while introducing the reader to characters that embodied the values of integrity, duty and virtue. While aimed at older children and teens, even adults will enjoy his writings.