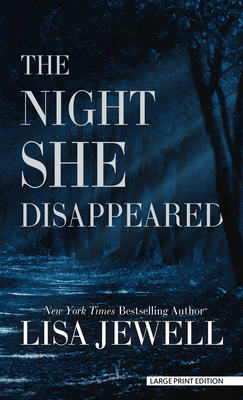 The novel is set in an English suburb around the lives of two young adult parents, Tallulah and Zach, who have disappeared. After going out one night, they were invited back to a party hosted by one of Tallulah’s friends. However, no one is able to reach either Tallulah or Zach following this night, causing Tallulah’s mother to worry. An investigation takes place but a year has passed and nothing has changed. However, things begin to change when the new headteacher, Shaun, and his girlfriend, Sophie, move into a cottage near the woods and the house that the party was held. Shortly after, Sophie discovers a sign that says “Dig Here,” the first of a series of events that reopen the case.

“Lisa Jewell is indeed a master of suspense with The Night She Disappeared. Multiple timelines add to the suspense as the characters’ lives began to interweave and the story builds to an unexpected climax.”
— Eileen McGervey, One More Page Books, Arlington, VA

Lisa Jewell is the #1 New York Times bestselling author of nineteen novels, including The Family Upstairs and Then She Was Gone, as well as Invisible Girl and Watching You. Her novels have sold over 5 million copies internationally, and her work has also been translated into twenty-eight languages. Connect with her on Twitter @LisaJewellUK, on Instagram @LisaJewellUK, and on Facebook @LisaJewellOfficial.