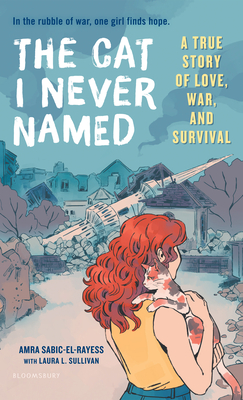 Set during the brutal ethnic cleansing of Bosnian Muslims, The Cat I Never Named introduces readers to Amra, a brilliant teen with bright hopes for the future—until one morning, when she wakes to a city surrounded by Serbian troops. In a world that has seemingly abandoned them, the only beacon of hope for her and her family is a beautiful, well-mannered calico cat that has become something of a good luck charm. As her people are murdered and raped for nothing more than their ancestral lineage, Amra learns lessons of love, strength, and, most importantly, survival.

As a fan of historical fiction, it didn’t take long for me to know that I was reading a story that would resonate with me long after I’d put it down. I became quickly enamored with Amra’s friends and family, a beautifully developed set of characters, whose pain and triumphs I felt deeply. The author does a commendable job in recounting her story, and in showing readers the importance of education and the horror of hate.