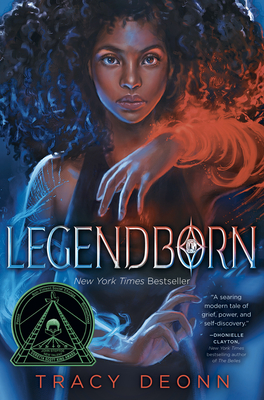 A new and fascinating take on the Arthurian legends set in present-day North Carolina. When her mother dies in a car crash, sixteen-year-old Bree is devastated and gladly accepts a place in the Early College program at UNC Chappell Hill to get away from home and the memories. On her very first night on campus she witnesses magic and students battling demons, unwittingly stumbling into an eternal battle with evil and a secret society of the Legendborn. A mage tries to wipe her memories of the incident, unwittingly unlocking a memory related to her mother's death. with the help of a reluctant Legendborn, Nick, Bree infiltrates the society, believing them to have had something to do with her mother’s death. As she seeks the truth, Bree will have to face her own past to decide whether to join the Order and the upcoming magical war, or bring about their downfall. Deals with themes of racism and the long history of slavery in the South as well as the Arthurian legend and traditional African-American magical traditions. Several plot twists make this an engrossing read. It is also the first of at least two books and I look forward to continuing on this adventure with Bree. Fans of Victoria Schwab (This Savage Song) will love this strong, female lead!