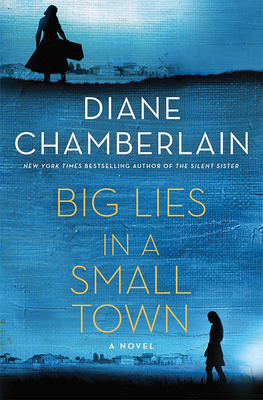 This charming tale is told from two points of view: Morgan Christopher in North Carolina 2018 and Anna Dale, North Carolna 1940. When Morgan Chrisopher is released from serving a three year prison stint for a crime she didn't commit, it is with the caveat that she restore an old post office mural in a sleepy southern town. When she accepts the assignment, she has no idea what she will find under layers of grime and time during the restoration of the mural. What she does discover are secrets the town has been keeping... Anna Dale, an artist from New Jersey, wins a national contest to paint a mural for the post office in 1940s Edenton, North Carolina. Alone and desperate for income, she sets out to this small town where she is soon immersed in the deep prejudice and secrets the town holds. What happened to Anna Dale? Why was Morgan chosen to restore the mural? These questions and more come together in this somewhat historical read complete with tension, social commentary, and mystery.

“Big Lies in a Small Town offers an intriguing mystery that caused me to stay up way past my bedtime on several occasions. The author perfectly weaves the 1940 and the 1918 storylines throughout alternating chapters, captivating the reader with main characters Anna and Morgan, as well as a host of fascinating supporting players. The ending offers a surprise twist that catches the reader unaware. A must-read for mystery lovers as well as those who appreciate art.”
— Gayle Lovvorn, Noteworthy Bookstore, Stamford, TX

"Chamberlain's depictions of creative beauty and perseverance across time and in the face of inevitable obstacles will keep readers turning the pages."--Publishers Weekly

"Chamberlain's writing is reminiscent of a quilt made up of pieces from different people, places, and times, stitched together into a single, emotional story."--Booklist

North Carolina, 2018: Morgan Christopher's life has been derailed. Taking the fall for a crime she did not commit, she finds herself serving a three-year stint in the North Carolina Women's Correctional Center. Her dream of a career in art is put on hold--until a mysterious visitor makes her an offer that will see her released immediately. Her assignment: restore an old post office mural in a sleepy southern town. Morgan knows nothing about art restoration, but desperate to leave prison, she accepts. What she finds under the layers of grime is a painting that tells the story of madness, violence, and a conspiracy of small town secrets.

North Carolina, 1940: Anna Dale, an artist from New Jersey, wins a national contest to paint a mural for the post office in Edenton, North Carolina. Alone in the world and desperate for work, she accepts. But what she doesn't expect is to find herself immersed in a town where prejudices run deep, where people are hiding secrets behind closed doors, and where the price of being different might just end in murder.

What happened to Anna Dale? Are the clues hidden in the decrepit mural? Can Morgan overcome her own demons to discover what exists beneath the layers of lies?

Diane Chamberlain is the New York Times and international bestselling author of The Stolen Marriage, The Dream Daughter, and Big Lies in a Small Town. She lives in North Carolina with her partner, photographer John Pagliuca, and her sheltie.