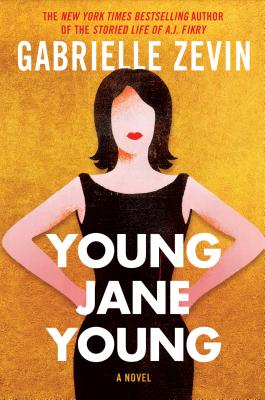 Aviva Grossman makes the mistake of having an affair with a congressman when she's young. This new novel from Gabrielle Zevin explores the process of reinventing herself. Zevin tells a story in five voices and she gets each voice exactly right. This is a book full of wit and heart with much to discuss and much to consider - perfect for book clubs!

Aviva Grossman, a capable, ambitious congressional intern, makes a mistake: She has an affair with her boss. When the news gets out, the congressman slips through the headlines unscathed, while Aviva's name is filleted – destroying her career before it can begin. To build a life, Aviva is forced to move away from home and recreate herself entirely. Told from the perspectives of five well-realized, provocative women, YOUNG JANE YOUNG is an entertaining, thoughtful story that will lace your blood with empathy and get you thinking about today's political and social climates. Why aren't more women elected to office? What's with the double standard of morality imposed on women? A thorough takedown of slut-shaming. Highly recommended.

“I've been waiting for a quirky, funny, thoughtful novel to follow in the footsteps of Where'd You Go, Bernadette, and behold: I have found it. I loved the vibrant female characters at the heart of this book. Told in four different voices, Young Jane Young is the story of Aviva Grossman, a young Congressional intern in South Florida who does the unthinkable: she sleeps with her boss. The book details the repercussions of that decision and examines the abuse of power that occurs in politics and in the day-to-day interactions between members of the opposite sex. Gabrielle Zevin has written something really smart and heartwarming, yet also incredibly timely.”
— Annie Jones, The Bookshelf, Thomasville, GA