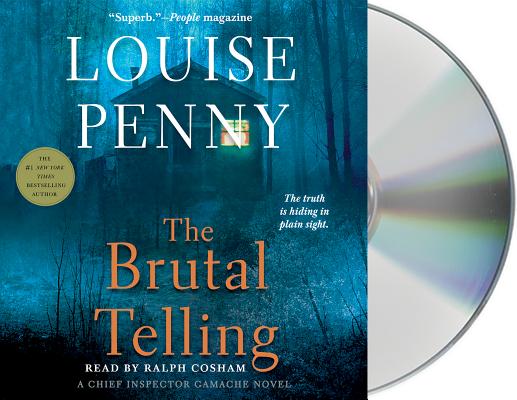 This is book number 5 in the Chief Inspector Gamache Novel series.

“Louise Penny just keeps getting better and better. In her latest installment in the Chief Inspector Gamache series, she creates a satisfying read that is impossible to put down. Once again in the remote Canadian village of Three Pines, Gamache's team is summoned when an unknown dead man is found in the town's favorite bistro. Gamache searches near and far to unravel the mystery, yet the most intriguing journey is the one into the killer's mind.”
— Sally Morrison, Sierra Madre Books, Sierra Madre, CA

With those words the peace of Three Pines is shattered. Everybody goes to Olivier's Bistro—including a stranger whose murdered body is found on the floor. When Chief Inspector Gamache is called to investigate, he is dismayed to discover that Olivier's story is full of holes. Why are his fingerprints all over the cabin that's uncovered deep in the wilderness, with priceless antiques and the dead man's blood? And what other secrets and layers of lies are buried in the seemingly idyllic village?

Gamache follows a trail of clues and treasures—from first editions of Charlotte's Web and Jane Eyre to a spiderweb with a word mysteriously woven in it—into the woods and across the continent, before returning to Three Pines to confront the truth and the final, brutal telling.

LOUISE PENNY is the author of the #1 New York Times, USA Today, and Globe and Mail bestselling series of Chief Inspector Armand Gamache novels, and coauthor with Hillary Rodham Clinton of the #1 New York Times bestselling thriller State of Terror. She has won numerous awards, including a CWA Dagger and the Agatha Award (seven times), and was a finalist for the Edgar Award for Best Novel. In 2017, she received the Order of Canada for her contributions to Canadian culture. Louise lives in a small village south of Montréal.

Ralph Cosham is best known as the voice behind all of Louise Penny’s bestselling Chief Inspector Gamache novels. He won the 2013 Audie Award for Louise Penny’s A Beautiful Mystery. He is a film, stage, and voice actor who narrated over 100 audiobooks, including Frankenstein, Around the World in Eighty Days, Alice in Wonderland, and Watership Down. His audiobook credits include works by C.S. Lewis, Simon Brett and C.S. Forester.  Several of his works have been awarded Audio Best of the Year by Publisher’s Weekly.