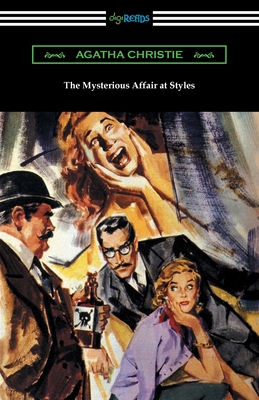 When Emily Inglethorp, the elderly matriarch of Styles Court, an Essex country manor, is found poisoned with strychnine, a guest of the manor, Arthur Hastings calls upon his friend, famous Belgian detective Hercule Poirot, to solve the mystery that surrounds her death. Chief amongst the suspects is Emily's husband Alfred Inglethorp, a much younger man whom she has recently married and has the most to gain from her death. Another potential suspect is her eldest stepson John Cavendish, who stands to receive the manor upon her death. Or one of the other occupants of the manor; Lawrence Cavendish, her younger stepson; Mary Cavendish, John's wife; Cynthia Murdoch, the daughter of a deceased friend of the family; or Evelyn Howard, Emily's companion; may be to blame. With the help of Inspector Japp, a Scotland Yard detective and the investigating officer, Hercule Poirot endeavors to uncover the mystery of who killed Emily Inglethorp. Mystery fans will delight in this first installment of Agatha Christie's most famous character, Hercule Poirot. This edition is printed on premium acid-free paper.