Heart of the Moors: An Original Maleficent: Mistress of Evil Novel (Hardcover) 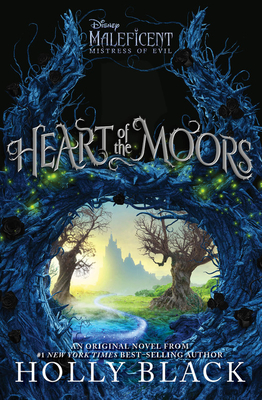 From New York Timesbestselling author Holly Blackcomes a captivating original novel set between Disney's Maleficent and Maleficent: Mistress of Evil, in which newly-queened Aurora struggles to be the best leader to both the humans and Fair Folk under her reign; her beau, Prince Phillip, longs to get to know Aurora and her kingdom better; and Maleficent has trouble letting go of the past.

Holly Black is the author of bestselling contemporary fantasy novels for kids and teens. Some of her titles include The Spiderwick Chronicles (with Tony DiTerlizzi), The Modern Faerie Tales, the Curse Workers, Doll Bones, The Coldest Girl in Coldtown, The Darkest Part of the Forest, the Magisterium series (with Cassandra Clare), The Cruel Prince and the #1 New York Times Bestselling sequel, The Wicked King. She has been a finalist for an Eisner Award, and the recipient of the Andre Norton Award, the Mythopoeic Award and a Newbery Honor. She lives in New England with her husband and son in a house with a secret door.