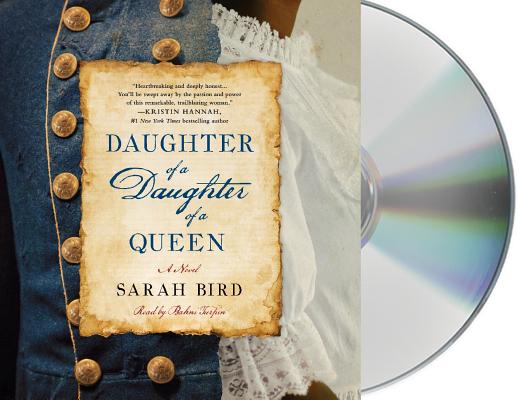 A worthy entry into the canon of strong female protagonists, Bird's new novel imagines the life of a real historical figure, Cathy Williams, a former slave, who, after the Civil War, enlisted in the Buffalo Soldiers disguised as a man. Narrated by Cathy, whose voice will stay with readers for a long time, this novel is part history (well-researched), part adventure (some rather vivid descriptions of the horrors of war and interracial and inter-class violence), and part love story (Cathy falls in love with her commanding officer). Bird has done an excellent job combining historical facts with a credible story of some unforgettable characters in this story of the life of a remarkable woman. Recommended.

This program includes a bonus conversation with the author and is read by acclaimed narrator Bahni Turpin, whose voice listeners will recognize from The Hate U Give, Children of Blood and Bone, and The Underground Railroad.

From author Sarah Bird comes the compelling, hidden story of Cathy Williams, a former slave and the only woman to ever serve with the legendary Buffalo Soldiers.

“Here’s the first thing you need to know about Miss Cathy Williams: I am the daughter of a daughter of a queen and my mama never let me forget it.”

Though born into bondage on a “miserable tobacco farm” in Little Dixie, Missouri, Cathy Williams was never allowed to considered herself a slave. According to her mother, she was a captive, bound by her noble warrior blood to escape the enemy. Her means of deliverance is Union general Phillip Henry “Smash ‘em Up” Sheridan, the outcast of West Point who takes the rawboned, prideful young woman into service. At war’s end, having tasted freedom, Cathy refuses to return to servitude and makes the monumental decision to disguise herself as a man and join the Army’s legendary Buffalo Soldiers.

Alone now in the ultimate man’s world, Cathy must fight not only for her survival and freedom, but she vows to never give up on finding her mother, her little sister, and the love of the only man strong and noble enough to win her heart. Inspired by the stunning, true story of Private Williams, this American heroine

"Daughter of a Daughter of a Queen is Sarah Bird at her very best — witty, heartbreaking, and deeply honest. The carefully researched, richly imagined story of Cathy Williams is a beautiful reminder of a forgotten part of women's history." – Kristin Hannah, #1 New York Times bestselling author

Sarah Bird’s novel, Above the East China Sea, was long-listed for the Dublin International Literary Award. A Dobie-Paisano Fellowship helped in researching Daughter of a Daughter of a Queen. Raised in an Air Force family on bases around the world, Sarah is the child of two warriors, a WWII Army nurse and an Air Corps bombardier, who met at a barn dance in North Africa. She lives in Austin, Texas.