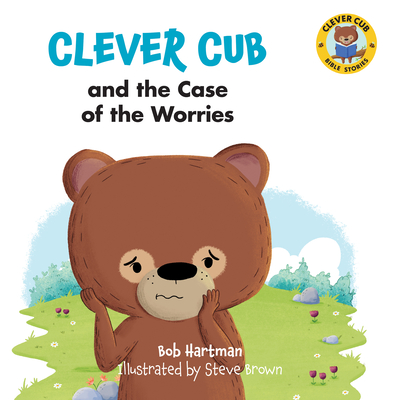 Clever Cub is a curious little bear who LOVES to cuddle up with the Bible and learn about God.
When Clever Cub worries about his friends, Mama Bear reminds him that we can trust God to take care of us. God loves us even more than the birds of the air or the flowers in the fields—and they don’t worry at all!

Performance storyteller Bob Hartman is the author of the YouVersion Bible App for Kids, which has been downloaded more than 85 million times. His long list of children’s titles have sold over a million copies, including The Lion Storyteller Bible, which hass been printed in eleven different languages.

Steve Brown (stevebrownillustration.co.uk) is a UK-based freelance children’s illustrator. He has a passion for telling stories through his art and likes to use humor to delight children and adults alike.