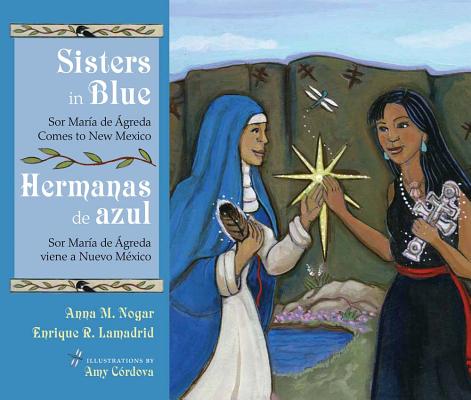 Sisters in Blue tells the story of two young women--one Spanish, one Puebloan--meeting across space and time. Sor Mar a de Jes's de greda, New Mexico's famous Lady in Blue, is said to have traveled to New Mexico in the seventeenth century. Here Anna M. Nogar and Enrique R. Lamadrid bring her to life, imagining an encounter between a Pueblo woman and Sor Mar a during the nun's mystical spiritual journeys. Tales of Sor Mar a, who described traveling across the earth and the heavens, have traditionally presented her as an evangelist who helped bring Catholicism to the Pueblos. Instead this book, which includes an essay providing historical context, shows a connection between Sor Mar a and her friend Paf Sheuri. The two women find more similarities than differences in their shared experiences, and what they learn from each other has an impact for centuries to come.