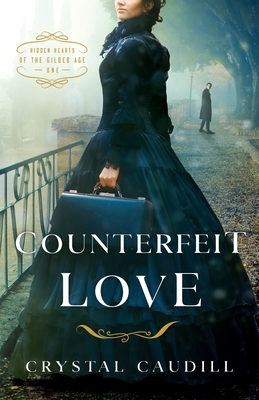 "Crystal Caudill has hit a home run with this action-packed historical romance." --Misty M. Beller, USA Today best-selling author Theresa Plane owes it to her beloved grandfather to save the family name--that means clearing their debt before she marries the wealthy and dashing Edward Greystone. But when a creditor's threats lead her to stumble across a midnight meeting, Theresa discovers that Grandfather is hiding far more than the money he owes. And the secrets he kept now have Theresa trapped in a life-threatening fight for her home . . . and the truth. After months of undercover work, Secret Service operative Broderick Cosgrove is about to uncover the identity of the leader of a notorious counterfeiting ring. That moment of triumph turns to horror, however, when he finds undeniable proof that his former fianc e, Theresa, is connected. He won't believe the woman he loved is a willing participant. Protecting Theresa and proving her innocence may destroy his career, but that's better than failing her twice in one lifetime. Broderick and Theresa must form a partnership, but there's no question they're both keeping secrets. That lack of trust in one another, when there are dangerous criminals out for their blood, threatens their hearts, their faith, their very survival. "Sure to delight fans of historical romantic suspense. . . . Simultaneously well-researched and action-packed with delightfully flawed characters who will leave readers rooting for their redemption." --Amanda Cox, Christy Award-winning author of The Edge of Belonging "With swoony romance, intriguing history, gripping plot twists, and strong characters, Counterfeit Love is one of the strongest debut novels I've ever read " --Carrie Schmidt, blogger at ReadingIsMySuperPower.org.