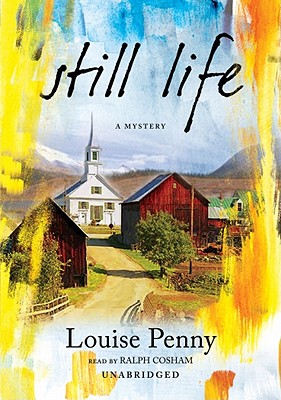 By Louise Penny, Ralph Cosham (Read by)
Email or call for price
Out of Print

“I've fallen in love with a charming rural village in Canada and with a most delightful man, Chief Inspector Armand Gamache of the Surete du Quebec. Excellent characterization and plotting and a wonderful sense of humor make this a treasure to be savored. Don't miss it!”
— Susan Wasson, Bookworks, Albuquerque, NM

Chief Inspector Armand Gamache and his team of investigators are called in to the scene of a suspicious death in a rural village south of Montreal. Jane Neal, a local fixture in the tiny hamlet of Three Pines just north of the US border, has been found dead in the woods. The locals are certain it's nothing more than a tragic hunting accident, but Gamache smells something foul in these remote woods and is soon certain that Jane Neal died at the hands of someone much more sinister than a careless bow hunter.

Still Life, a Debut Dagger honor book in the UK, introduces not only an engaging series hero in Inspector Gamache, who commands his forces--and this series--with integrity and quiet courage, but also a winning and talented new writer of traditional mysteries in the person of Louise Penny.