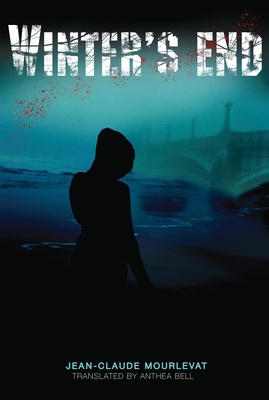 In a gripping dystopian novel, four teenagers risk impossible odds to fight against tyranny in a world of dangerous choices — and reemerging hope.

Escape. Milena, Bartolomeo, Helen, and Milos have left their prison-like boarding schools far behind, but their futures remain in peril. Fleeing across icy mountains from a terrifying pack of dog-men sent to hunt them down, they are determined to take up the fight against the despotic government that murdered their parents years before. Only three will make it safely to the secret headquarters of the resistance movement. The fourth is captured and forced to participate in a barbaric game for the amusement of the masses — further proof of the government’s horrible brutality. Will the power of one voice be enough to rouse a people against a generation of cruelty? Translated from the French, this suspenseful story of courage, individualism, and freedom has resonated with young readers across the globe.

Jean-Claude Mourlevat once wrote and directed burlesque shows for adults and children, which were performed for more than ten years in France and elsewhere. The author of several children’s books, he lives in a house overhanging the River Loire, near Saint-Etienne, France.

Anthea Bell is an award-winning translator of French and German fiction, including the Inkheart trilogy by Cornelia Funke. She lives near Cambridge, England.

With its ironic twists and moral dilemmas, the action-packed plot darts from one protagonist to another with compelling urgency. Bell's fluid translation captures the peril, power and pathos of this truly epic drama in which four young heroes taste love, camaraderie, grief and triumph. Bravo!
—Kirkus Reviews (starred review)

Teeming with heroic acts, heartbreaking instances of sacrifice and intriguing characters—such as the horse-men, a tribe of gentle giants willing to fight to the death for their masters—the book will keep readers absorbed and set imaginations spinning.
—Publishers Weekly (starred review)

The teens’ dangerous journeys bring terrifying enemies, unexpected allies, heartbreaking tragedy, and a discovery of both the elemental strength of the human voice and the resiliency of the human spirit…. this absorbing, fable-like story celebrates the infinite power of love and courage to inspire others, build a community, and make a difference.
—Booklist (starred review)