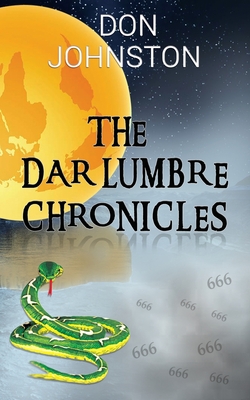 THE DAR LUMBRE CHRONICLESIn 2086, NatGov was poised to arrest Dr. Dar Lumbre for performing genetic experiments banned by law, but before the warrant could be served, a solar flare erased large amounts of national census data. During the chaos created by this massive data loss, Dr. Lumbre vanished like a will-o'-the-wisp and hasn't been seen in fifty years. His disappearance triggered questions...Did NatGov assassinate him?Did he change his identity? Did he go into hiding? Did he ascend? Believing the solar flare to be divine providence, the enigmatic doctor's followers formed the Dar Lumbre Society and proclaimed his timely return, not as a fugitive, but as a sociopolitical messiah destined to unite the divided country by serving as a nexus between science, politics, and religion. CellTech geneticists, Crane Hopkins and Annie Lee, are thrust into this melee due to the failure of DL-666, the oddly-named synthetic heart tissue developed by Dar Lumbre shortly before his disappearance. Many people, including the First Lady of the United States, are awaiting heart transplants which cannot be performed with the malfunctioning tissue. Crane and Annie launch a frantic search for compatible DNA to make the needed repairs, but are stymied time after time because the records of Dr. Lumbre's original work have disappeared, if they ever existed.Dar Lumbre is of Mexican descent, and in Spanish, his name means to give light. If he reappears, will he establish himself as a bold new light in the world of medicine? Or will NatGov ban his efforts a second time and impose another scientific dark age, as the number 666 might suggest?

ABOUT THE AUTHOR I was born in East Texas a long time ago, and grew up with a sister and a brother. Upon completing high school, I joined the U.S. Air Force and served as a jungle survival instructor in Panama. Following my military service, I enrolled in Stephen F. Austin State University and got married. After getting my degree in biology and chemistry, we moved to Houston where our only child, a son, was born a year later. I worked fifteen years as a chemist, then started my own company. I have been a member of Sugar Land Baptist Church for over 20 years, and have led Bible study classes throughout that time. Many of my best friends are in Bible study together. My wife of 53 years died of cancer in 2014 leaving me the patriarch of a small family--a son, a daughter-in-law, and three grandchildren. In 2018, a new family member was born, a great granddaughter. My family is my pride and joy. I wrote technical articles and reports during my career, but no fiction until recently. Upon retirement, I began to study fiction writing, especially concentrating on science fiction, the genre I love. The Dar Lumbre Chronicles is my first venture into the world of self-published paperbacks; hopefully, it will not be my last as another work is in progress, The Mirror Image Conspiracy. Look for it in a year or so.