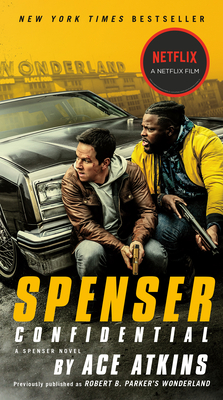 This is book number 42 in the Spenser series.

Old friends. Small favors. Bitter rivals. Stirred together, it all makes for one explosive cocktail in this New York Times bestselling thriller that has Spenser feeling the heat...

Henry Cimoli and Spenser have been friends for years, yet the old boxing trainer has never asked the private eye for a favor. Until now. A developer is trying to buy up Henry's condo on Revere Beach—with a push from local thugs. Soon Spenser and his apprentice, Zebulon Sixkill, are on the trail of a mysterious woman, a megalomaniacal Las Vegas kingpin, and a shady plan to turn a chunk of land north of Boston into a sprawling casino. As alliances shift and twisted dreams surface, the Boston political machine looks to end Spenser's investigation one way or another—and once and for all.

Praise for Robert B. Parker's Wonderland

“Atkins crafts the talk between the characters so well. He also tells the sory in tight, short chaptersthat keep the story moving—again, so Parker-like.”—Deseret News

Praise for Ace Atkins and the Spenser Series

“It’s a feat when a writer creates characters who live and breathe on the page and make readers care and keep coming back for more. To manage that with someone else’s characters, let alone with an icon like Spenser, is a minor miracle. Ace Atkins pulls it off.”—Chicago Sun-Times

“Atkins does a wonderful job with the characters created by Parker.”—Booklist

“Classic Spenser—the Spenser of wry wit, tasty food and drinks, hard workouts and lethal confrontations...Once again, Atkins has delivered a thriller that evokes the best of Parker’s Spenser series, not least the punchy back-and-forth of the dialogue.”—Associated Press

“Atkins has done a splendid job of capturing the voice of the late Robert B. Parker.”—Publishers Weekly