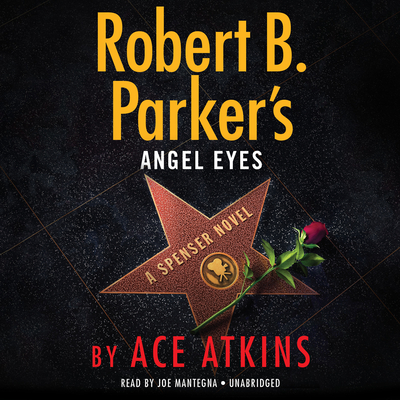 This is book number 48 in the Spenser series.

In the latest thriller featuring the legendary Boston PI, Spenser heads to the City of Angels to meet old friends and new enemies in a baffling missing person case that might shake Tinseltown to its core.

Gabby Leggett left her Boston family with dreams of making it big as a model/actress in Hollywood. Two years later, she disappears from her apartment. Her family, former boyfriend, friends--and the police--have no idea where she is and no leads. Leggett's mother hires Spenser to find her, with help of his former apprentice, Zebulon Sixkill, now an L.A. private eye.

Spenser barely has time to unpack before the trail leads to a powerful movie studio boss, the Armenian mob, and a shadowy empowerment group some say might be a dangerous cult.

It's soon clear that Spenser and Sixkill may be outgunned this time, and series favorites Chollo and Bobby Horse ride to the rescue to provide backup. From the mansions of Beverly Hills to the lawless streets of a small California town, Spenser will need to watch his step. In Hollywood, all that glitters isn't gold. And not all those who wander are lost.

ROBERT B. PARKER was the author of seventy books, including the legendary Spenser detective series, the novels featuring police chief Jesse Stone, and the acclaimed Virgil Cole-Everett Hitch westerns, as well as the Sunny Randall novels. Winner of the Mystery Writers of America Grand Master Award and long considered the undisputed dean of American crime fiction, he died in January 2010.

ACE ATKINS is the New York Times bestselling author of the Quinn Colson novels, two of which were nominated for the Edgar Award for Best Novel. In addition, he is the author of several New York Times bestselling novels in the continuation of Robert B. Parker's Spenser series. Before turning to fiction, he was a correspondent for the St. Petersburg Times, a crime reporter for the Tampa Tribune, and, in college, played defensive end for the undefeated Auburn University football team (for which he was featured on the cover of Sports Illustrated). He lives in Oxford, Mississippi.

"Another rock-solid addition to the Spenser case files.”—CrimeReads

"Atkins gets the hardest parts right—his hero/narrator now sounds indistinguishable from Robert B. Parker’s...Readers who’ve always wanted to see Spenser in Tinseltown can cross that off their bucket lists."—Kirkus Reviews

"Atkins continues to do a fine job of extending the life of Robert B. Parker's characters and capturing the tone of the Spenser series. Parker would be proud of Atkins' wise-guypatter; the violence is exciting and nicely choreographed; and Atkins’ plots are complex enough to holdreaders’ interest yet do not get in the way of the suspense."—Booklist

“Atkins does a great job making Spenser sarcastic and funny in the face of danger and keeps the plot moving along as danger seems to be around every corner.”—Parkersburg News & Sentinel

"Spenser [is] the late master Robert B. Parker’s greatest creation. . . The complex plot keeps things interesting but never gets in the way of what always matters most in the world Spenser inhabits. That’s the characters Parker brought to life and their singular voices. . . [Atkins] has stayed true to his voice and his literate, dialogue-driven vision while keeping his characters compelling and allowing them to grow. If you love crime fiction and aren’t already reading Ace Atkins, you should be.”—Chicago Sun-Times