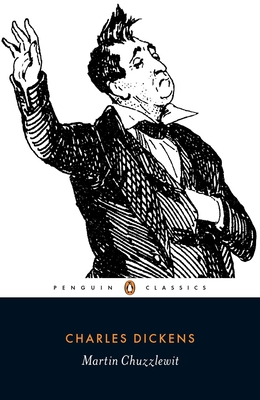 Charles Dickens's powerful black comedy of of hypocrisy and greed

The greed of his family has led wealthy old Martin Chuzzlewit to become suspicious and misanthropic, leaving his grandson and namesake to make his own way in the world. And so young Martin sets out from the Wiltshire home of his supposed champion, the scheming architect Pecksniff, to seek his fortune in America. In depicting Martin's journey - an experience that teaches him to question his inherited self-interest and egotism - Dickens created many vividly realized figures: the brutish lout Jonas Chuzzlewit, plotting to gain the family fortune; Martin's optimistic manservant, Mark Tapley; gentle Tom Pinch; and the drunken and corrupt private nurse, Mrs Gamp. With its portrayal of greed, blackmail and murder, and its searing satire on America Dickens's novel is a powerful and blackly comic story of hypocrisy and redemption. In her introduction, Patricia Ingham examines characterization, the central themes of the novel, and Dickens's depiction of America. This edition also includes two new prefaces, Dickens's postscript written in 1868, his working papers, a note on Mrs Gamp's eccentric speech, a chronology, updated further reading, appendices and original illustrations by 'Phiz'.

Charles Dickens was born on February 7, 1812, in Landport, Portsea, England. He died in Kent on June 9, 1870. The second of eight children of a family continually plagued by debt, the young Dickens came to know not only hunger and privation,but also the horror of the infamous debtors’ prison and the evils of child labor. A turn of fortune in the shape of a legacy brought release from the nightmare of prison and “slave” factories and afforded Dickens the opportunity of two years’ formal schooling at Wellington House Academy. He worked as an attorney’s clerk and newspaper reporter until his Sketches by Boz (1836) and The Pickwick Papers (1837) brought him the amazing and instant success that was to be his for the remainder of his life. In later years, the pressure of serial writing, editorial duties, lectures, and social commitments led to his separation from Catherine Hogarth after twenty-three years of marriage. It also hastened his death at the age of fifty-eight, when he was characteristically engaged in a multitude of work.

Patricia Ingham is Senior Research Fellow and Reader at St Anne's College, Oxford. She has written on the Victorian novel and on Hardy in particular. She is the General Editor of all Hardy's fiction in the Penguin Classics and has edited Gaskell's North and South for the series.

Martin Chuzzlewit is a dramatic serial on Masterpiece Theatre, a PBS television series presented by WGBH-TV, Boston, made possible by a grant from Mobil Corporation.