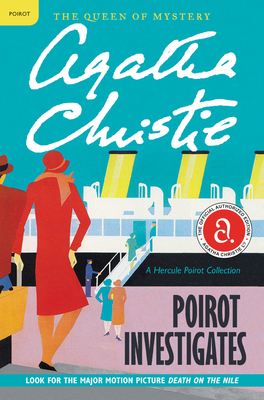 Hercule Poirot shows off his brilliant deductive powers in this official edition of the classic Agatha Christie short-story collection, featuring exclusive content from the Queen of Mystery.

“Agatha Christie’s indelibly etched characters have entertained millions across the years and a love of her work has brought together generations of readers—a singular achievement for any author and an inspiration to writers across the literary landscape.”—Jacqueline Winspear, New York Times bestselling author of the Maisie Dobbs novels

First there was the mystery of the film star and the diamond… then came the “suicide” that was murder… the mystery of the absurdly cheap flat… a suspicious death in a locked gun room… a million dollar bond robbery… the curse of a pharaoh’s tomb… a jewel robbery by the sea… the abduction of a prime minister… the disappearance of a banker… a phone call from a dying man… and, finally, the mystery of the missing will.

What links these fascinating cases? Only the brilliant deductive powers of Hercule Poirot!

This intriguing collection of short stories from the one-and-only Agatha Christie will delight both old and new fans alike.