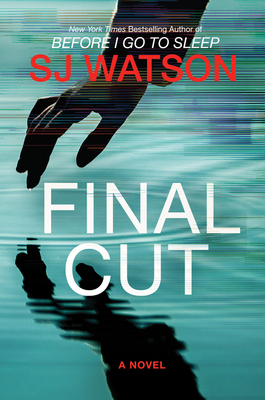 A gripping new psychological thriller from S.J. Watson, the New York Times bestselling author of Before I Go to Sleep, in which a documentary filmmaker travels to a sleepy fishing village to shoot her new film and encounters a dark mystery surrounding the disappearance of a local girl.

They tried to hide the truth. But the camera never lies…

It used to be a buzzing seaside destination. But now, ravaged by the effects of dwindling tourism and economic downturn, it’s a ghost town—and the perfect place for film-maker Alex to shoot her new documentary. But the community is deeply suspicious of her intentions. After all, nothing exciting ever happens in Blackwood Bay—or does it?

S. J. WATSON was born in the Midlands. His first novel was the award-winning Before I Go to Sleep, which has sold more than four million copies in over forty languages, followed by the critically acclaimed novel Second Life. S. J. Watson lives in London.

“Imagine drifting off every night knowing that your memories will be wiped away by morning. That’s the fate of Christine Lucas, whose bewildering internal world is rendered with chilling intimacy in this debut literary thriller. . . . You’ll stay up late reading until you know.”
— People (4 Stars), on Before I Go to Sleep

“The summer’s single most suspenseful plot belongs to BEFORE I GO TO SLEEP. . . . pure page-turner.”
— New York Times, on Before I Go to Sleep