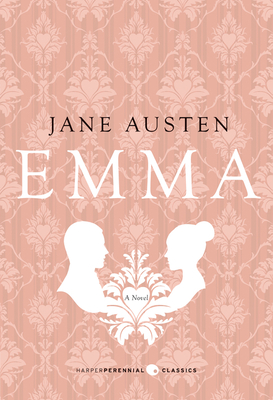 “Emma Woodhouse, handsome, clever, and rich.” Also, rather spoiled, and overly-confident in her matchmaking abilities with the residents of her village in Highbury. Though convinced that she herself will never marry, Emma sets out to find an eligible match for her new friend, Harriet Smith. But matters of the heart are never simple. Emma’s obsession with finding Harriet the perfect partner leads her into a complex tangle of intrigues, misunderstandings, and conflicts of the heart after several new admirers come to the fore . . . admirers whose sights are set upon the wrong woman.

Jane Austen’s charming novel of love, friendship, and social grace is a timeless classic—as poignant and riveting today as it has been for generations of readers since its initial publication.

Born in 1775, Jane Austen published four of her six novels anonymously. Her work was not widely read until the late nineteenth century, and her fame grew from then on. Known for her wit and sharp insight into social conventions, her novels about love, relationships, and society are more popular year after year. She has earned a place in history as one of the most cherished writers of English literature.