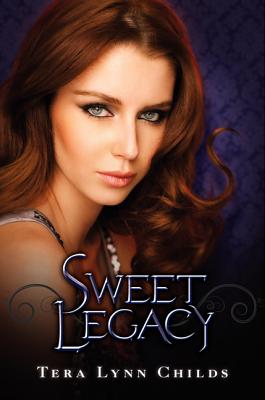 This is book number 3 in the Sweet Venom series.

The girls cannot hesitate as they seek the location of the lost door between the realms, even as monsters and the gods of Olympus descend on San Francisco in battle-ready droves.

Greer must use her second sight to step up and prevent anything from stopping her sisters' mission, even though a god is playing with her mind. Grace wants to trust her adopted brother, Thane; but will his secret put the girls in even more danger? And Gretchen has trained her sisters to stop the monsters, but her role as a huntress comes with more responsibility than she ever imagined.What will the girls' immortal legacy be? Three teenage descendants of Medusa must unite to restore balance to the world in this action-packed series with plenty of romance.

Childs’ conclusion to the Sweet Venom trilogy is a compelling wrap-up sure to delight readers. The battle scenes abound, and Childs certainly knows how to write a good fight, as well as a good character. The monsters alone are well-written and just come alive in the narrative.
— Voice of Youth Advocates (VOYA)

Readers looking for plenty of action and a new take on mythology will enjoy this series.
— School Library Journal