Texas author Varian Johnson has a gift for plot. His fast-paced, hilarious books shine with tight writing, clever dialogue, and lovable characters—none moreso than his latest novel, The Parker Inheritance, a smart and socially-conscious mystery that's a ton of fun to read. (It also earned enough starred reviews to form a small constellation.)

Okay, first things first. We can’t wait to see you in a couple of weeks for Tweens Read. Can you share any words of encouragement for young readers who may be a little on the fence about spending the day at a book festival?

This is my second time coming to Tweens Read—and I can’t wait to be there. What I really love about the festival is that there are SO MANY AUTHORS and SO MANY PANELS. There’s something for everyone—and all the panels are entertaining and fun! Panels are also great ways to discover new authors and new books; new stories and new voices. Tweens Read gives readers a chance to discover authors and characters who looks like them, as well as provides opportunities to hear from someone whose life is different from theirs.

Most folks know you for your bestselling books, but you’re also a civil engineer. What led you to become an author? Do you see any connection between your engineering background and your ability to create and plot intricate mysteries like The Parker Inheritance and the Jackson Greene books? 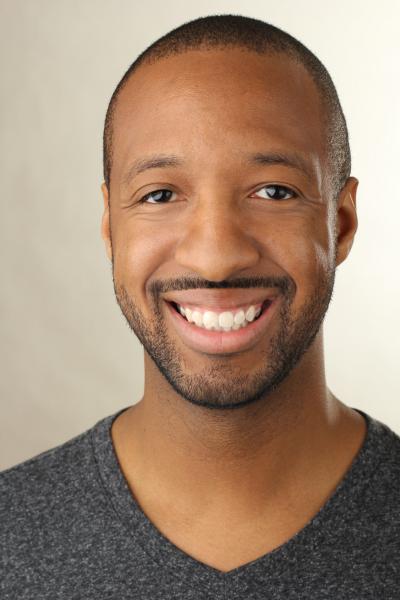 I enjoyed writing and engineering equally—though if I’m being honest, I was much better at math and science than I was at writing when I was younger. But as good as I was at engineering, I couldn’t give up writing totally, so I did both jobs concurrently for a long time.

I didn’t think about it as I was writing the books, but I looking back now, I do think that working as a civil engineer helped with some of my more intricate mystery and heist books. When you’re designing a bridge, there are a lot of pieces you have to plan out in order to make it all work. Often, one team is designing one part of the bridge while another is working on an entirely different part—but still, at the end of the project, they all have to fit together in order to work properly. It’s a lot to manage, but that training of designing each piece independently and fitting it all together is exactly what helped me to juggle the multiple story threads in The Parker Inheritance.

Your writing deals with some very serious themes, including the history and lasting effects of racial segregation. To what extent did your own experience growing up in the south inform those themes? How much of your own hometown is reflected in your description of Lambert, the fictional setting of The Parker Inheritance?

Much of Lambert was based on my real hometown of Florence, SC. Similarly, the fictional Perkins High School was inspired by my real high school, Wilson High School. Like Perkins, Wilson was founded after the civil war as the “colored” school. And even though the Supreme Court ruled segregation illegal in 1954, it would take years for Florence Public Schools to become truly integrated—just like it’s depicted in the book. 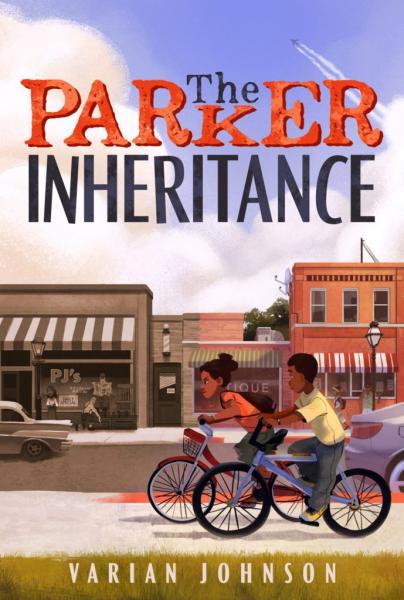 We can’t really talk about The Parker Inheritance without mentioning Ellen Raskin’s The Westing Game. Can you tell us a little bit about the connection between the two books?

The Westing Game is such a great puzzle mystery. Raskin put everything that the reader needs to solve the mystery right there in the text—IF a reader is perceptive enough to see and hear the clues. I wanted to create a novel in a similar way, which is how I first got the inspiration for The Parker Inheritance. But then, as I began to draft the novel, I began to think more about ideas of perception—of seeing what you want to see and hearing what you want to hear—and that began to define not only the mystery, but the novel itself.

What have you been reading lately? Do you have any other great middle-grade books to recommend to your fans?

Oh, I’m terribly behind in my reading—my to-be-read pile is at least thirty books high. That being said, recent middle grade favorites are Ghost by Jason Reynolds and The Mortification of Fovea Munson by Mary Winn Heider. I’m also a huge fan of the March trilogy by Congressman John Lewis, Andrew Aydin, and Nate Powell.

Saving the school -- one con at a time. (And in paperback!)

"A political heist page-turner set in middle school? Is that even possible? Varian Johnson shows us how it's done." - Gordon Korman, author of SWINDLE "Do yourself a favor and start reading immediately." - Rebecca Stead, author of WHEN YOU REACH ME Jackson Greene swears he's given up scheming.

When a video frames Jackson Greene and his friends for a crime they didn't commit, Gang Greene battles the blackmailers in this sequel to the acclaimed The Great Greene Heist.

Jackson Greene is riding high. He is officially retired from conning, so Principal Kelsey is (mostly) off his back. His friends have great new projects of their own.