TeenBookCon Author Phil Stamper on Space, Romance, and THE GRAVITY OF US

There's something especially magical about reading a book set in your hometown, right? Now imagine that the book has multiple starred reviews and glowing blurbs from the likes of Becky Albertalli and Adam Silvera. And that we've been counting down the days until its February 4 release for, oh, about ten months.

That's the situation with The Gravity of Us, the debut YA novel from Phil Stamper. It's part space-race adventure, part queer love story, and it's wise, funny, and charming as all heck. We are absolutely beside ourselves with glee that Phil will be joining us for our eleventh annual TeenBookCon festival at Cypress Woods High School on April 4. You can register for the festival here, then check out the full author lineup to see who else is coming to town. In the meantime, check out our exclusive Q&A with Phil below!

Congratulations on your debut! Please tell us a bit about The Gravity of Us and the inspiration for the story.

Thank you! The Gravity of Us is a queer teen love story set against the backdrop of a present-day NASA mission to Mars. The story follows teen social media journalist Cal, whose carefully planned life is uprooted when his father is picked as an astronaut for the Orpheus missions to Mars. Amidst the chaos, and the move from Brooklyn to Houston, Cal meets the son of another astronaut on the program and finds himself falling for him—fast. As the frenzy around the mission grows, so does their connection. When Cal uncovers secrets about the program, he must find a way to reveal the truth without hurting the people who have become most important to him.

The inspiration is probably no surprise: I’ve always been obsessed with spaceflight, especially stories from the Mercury, Gemini, and Apollo missions back in the 60s and 70s. I originally wanted to build a queer love story into the missions themselves, as a historical fiction piece, but the more I sat with the idea the more I realized that the issues these astronaut families faced are not much different than the ones that we’d have today.

You do such a great job bringing a space race-esque story into the present day. What kind of research did you do to make it all seem so real?

In a way, I’ve been researching this for years. In college, my friend and I watched Apollo 13 together on a monthly… maybe weekly… basis. Once, the full transcripts for Apollo 7-17 were released on iTunes and I spent the last $15 in my bank account so we could listen to all of them. I would fall asleep to these transmissions, which, in retrospect, probably sounded creepy to my housemates. But I think they accepted my eccentricities—I mean, my fourth-year college bedroom was covered in cutouts from TIME Magazine’s 1969 40th Anniversary edition, which had some amazing photos of the moon landing and the mission. (And tons of photos and coverage of Woodstock, which is another obsession, but we’ll have to get to that in another book.)

I’ve read a lot of astronaut memoirs, and the thing that always calls out to me is what went on back in Houston, on the ground, with the astronaut’s families. I loved Lily Koppel’s The Astronaut Wives Club, because it was the first time I’d seen a story fully dedicated to what the families had to deal with—from instant fame to the fact every person in America wanted to know (and was actively scrutinizing) every detail about you... all while your husband was hurling through space in a tin can. I mean, the stress would have been astounding.

LIFE Magazine paid a lot of money to get full rights to the families and their stories, which I’m grateful about, because it captured a part of the real story that would have otherwise been lost. The whole LIFE archive is online for free, so in preparation for writing The Gravity of Us, I made sure to read pretty much every astronaut story in there. (And now I’ve started my own collection of physical magazines, which means I get to stop in every antique shop I pass to raid their magazine section. Which is ironic, because I spent most of my teen years despising my parents’ obsession with antiques.) 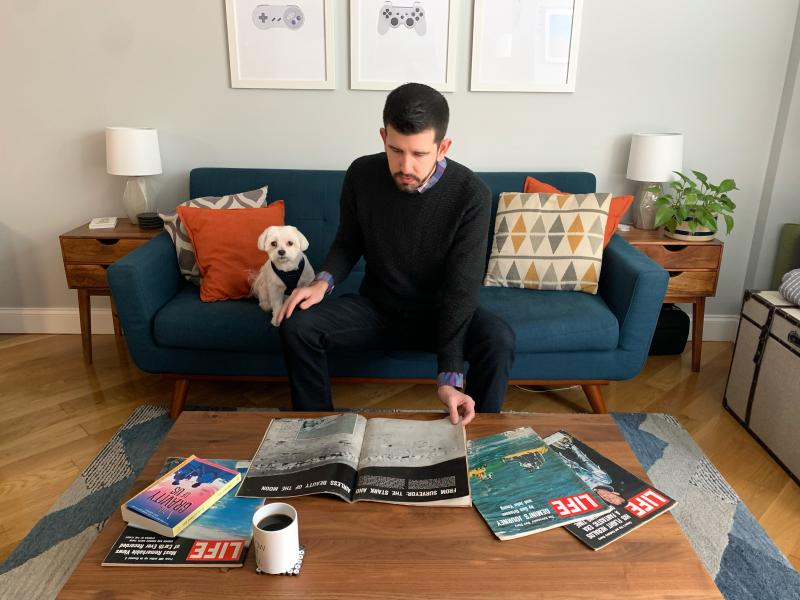 The chemistry between Cal and Leon sparks right off the page. How did you develop these characters and their love story?

I developed both characters at around the same time, and I found that they quickly became distinctly different people: Cal loves the spotlight, Leon shies away from it; Cal is in everyone else’s business, Leon tends to stay in his own world. There’s a tension in how their personalities work against each other, but from the first time they meet, they make an effort to support each other too. Sometimes Cal goes too far, but Leon’s really good at setting boundaries, so they’re able to learn from each other too, which is super important for a dynamic romance.

So a bit of their chemistry is in their nature, in a very basic “opposites attract” sort of way. But also, it was important for me to present this relationship without much of a hang-up on their identity. This is not to say identity isn't a big part of this book, but it was the first time I'd ever been able to present a queer romance that sparked right away and built quickly. It felt super authentic for this story, where they're already in such a bizarre situation. And it was so fun to write!

How do you balance your writing with your day job? Do you have a specific writing routine?

I’m not sure, honestly? It’s hard to balance a 9-to-5 alongside a writing career. As an author, you’re expected to be “on” all the time—especially so early into your career. You want to attend every event, tweet all the right things, have the coolest preorder campaign (which I totally did!) You do everything you can to stand out and get your book in front of as many people as possible, and then you remember: "Oh right, I have to write too!"

I’m getting book two edits back next week, and my agent and I are figuring out what to pitch for book three. Taking it one project at a time is preferred, especially when you’re trying to find a balance with a 9-to-5, but it’s not always possible with how the timelines work in this industry.

Luckily, my day job is also in publishing, so they really get the life of an author. I’m able to leave a lot of my day job at the office when I leave for the day, which frees up nights and weekends for writing, editing, etc. I don’t have a specific writing routine, but I do tend to get the most work done on weekends, especially when my husband (an NYC wedding planner!) has an event.

Your fascination with space travel really shines through in The Gravity of Us. What are some of your favorite space stories?

As far as non-fiction books about this era go, Failure is Not an Option by Gene Kranz is one of the best summaries of the Mercury, Gemini, and Apollo missions all from the perspective of Kranz, who was NASA’s flight director for Apollo 11, 13, and other iconic missions. For more on the families, you really can’t beat The Astronaut Wives Club by Lily Koppel, like I mentioned earlier.

If you have the time, I'd also suggest watching the three part American Experience PBS series on "Chasing the Moon" which was released for the Apollo 11 anniversary. It gets into the conflict with Russia, explains what 60s America was really like, and digs into details about the political climate that tend to get overlooked in the memoirs.

For fictional space stories, I really enjoy all of Pierce Brown’s books in the Red Rising Saga. Some of my other favorite space travel stories are These Broken Stars by Amie Kaufman and Meagan Spooner, and Beth Revis’s Across the Universe series. As for space stories set on the ground, I'm really looking forward to reading The Weight of the Stars by K. Ancrum, which just came out in the last year.

What’s next for you?

My second book is currently slated for February 2021. It’s another queer YA contemporary, and it’s not related to The Gravity of Us. 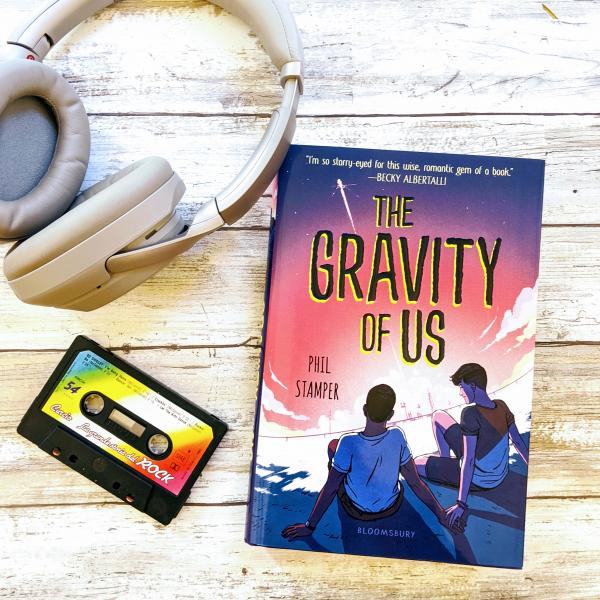 The Gravity of Us (Hardcover)

"I'm so starry-eyed for this wise, romantic gem of a book." - Becky Albertalli, bestselling author of Simon vs. the Homo Sapiens Agenda

In this smart, heart-warming YA debut perfect for fans of Becky Albertalli and Adam Silvera, two teens find love when their lives are uprooted for their parents’ involvement in a NASA mission to Mars.