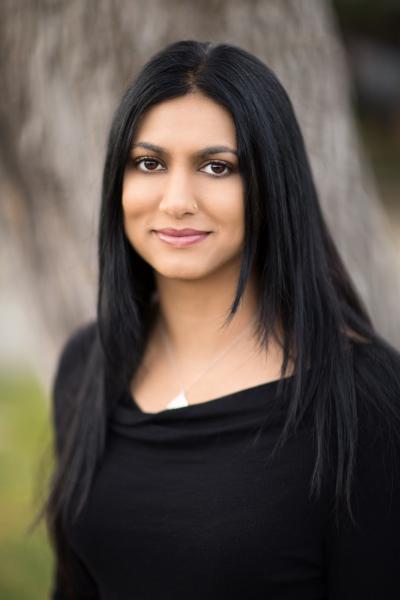 Ever since An Ember in the Ashes was published in 2015, we've been hanging on every word written by Sabaa Tahir. (Look, any time an author is compared to JK Rowling, the first thing you do is run to the closest bookstore.) You can believe the hype. Tahir is a master storyteller at the height of her powers, and her propulsive Ember series is almost impossible to put down. Filled with compelling characters moving through a fantasy world that can bear an uncomfortable resemblance to our own, the Ember quartet is well on its way to "classic" status—and the third book doesn't even come out until June. Tahir is also a tireless advocate for representation in young adult literature, wearing her support for diverse stories on her sleeve—and on the beautiful covers of her bestsellers.

We can't wait to welcome Tahir to TeenBookCon on March 24, where she'll deliver the morning keynote address before appearing on panels with other fantastic authors and greeting fans at the end of the day. Go ahead and pre-register (it's free!) now, then come back and read our Q&A with the author below.

Your Ember series is going to be a quartet, and you’ve been developing the story for over a decade. Has it changed or gone in any surprising directions since you began writing? Or did you have everything mapped out from the beginning?

Much of it is mapped out. Doing so allows me to create what I hope is a cohesive story. I'd love for readers to finish the series and realize that certain plot points were hinted at in the first book. I love series like that, so naturally it's what I gravitate toward creating, too. That being said, my characters surprise me on a daily basis. That's what makes writing so fun, though. :)

We love the redesigned covers for your Ember books. In an interview last year, you described them as “everything I wanted to see as a kid in my fantasy book covers — but never did.” How involved were you in the redesign process? And have these covers accomplished what you were hoping for? 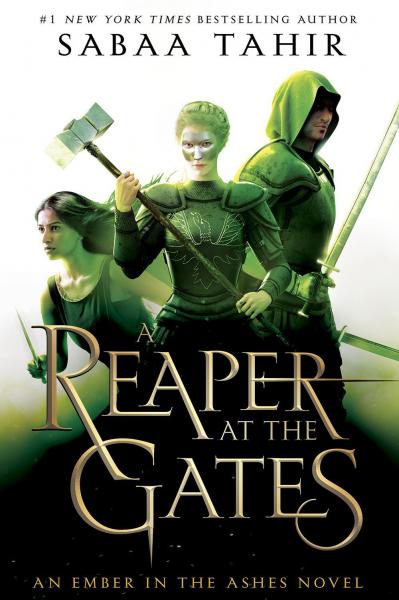 I was not heavily involved, but I offered my opinion freely. It was very important to me that if we were going to have people on the cover, they be representative of the characters in the book. And I love the Assassin's Creed game covers, so I shared that information early on, too. The cover designers took that into account, and created something truly striking, so I'm very, very happy with them.

Your heroine is a teenage girl who is a leader in an oppressive, dangerous society. Looking at the U.S.’s history of and very recent examples of school shootings, where do you see parallels between your heroine and the young students, many of them young women, who are leading the march for change today?

I see it in the strength and determination of young students. In the fact that they are banding together and realizing that the status quo will not change unless they change it. There is a great deal of similarity but that's not surprising. I base my books and my characters off of what I believe to be the truth of the real world. Revolutions are always started by the young. Because they have the most to lose if things don't change. So am I happy about these students rising up? Yes. Am I surprised? No. They've always been badasses. People just don't want to see it.

Your books fill an important space in the YA world. Do you have recommendations for readers who are looking for books similar to yours?

Thank you! I would recommend Flame in the Mist by Renee Ahdieh, Six of Crows by Leigh Bardugo, The Cruel Prince by Holly Black, Warcross by Marie Lu and Mirage by Somaiya Daud.

Okay. Let’s say you get to pick the soundtrack for the Ember movie. What are two songs that have to be in there?

Outro by M83 and Did You Hear the Rain by George Ezra.

I just finished Mirage by Somaiya Daud, which is spectacular. I'm about to start Legendary by Stephanie Garber!

An Ember in the Ashes (Paperback)

BOOK ONE IN THE NEW YORK TIMES BESTSELLING SERIES

"Thrilling and hard to put down, readers will absolutely devour Tahir's latest." --BuzzFeed