Samuel Miller on A Lite Too Bright, Family Ties, and Writing While Rocking 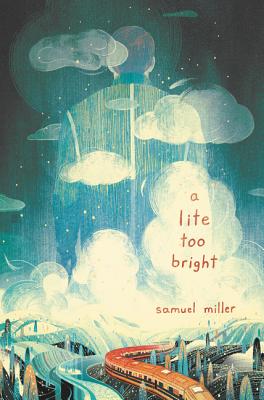 Samuel Miller has talent. That much is apparent to anyone who knows his rock band, Paradise Fears, which was a fixture of the iTunes Alternative Charts after the release of the album Battle Scars. But Sam doesn't stop there. Nowadays, he's writing beautiful literary YA novels in addition to making music magic—and he's got his eyes on other art forms, too. We asked Sam about all of this when we caught up with him for a quick Q&A; check out his answers to our questions below. And don't forget to swing by the store on Sunday, June 3 at 2:00 pm. That's when we're hosting Samuel for music, conversation, and a signing. His debut, A Lite Too Bright, is going to be a notable book in the YA season—don't miss it.

A Lite Too Bright is a great mystery, a great road trip story, and a beautiful look at complicated family ties. Where did the germ of this story start?

I've always been interested in writing characters that are struggling with cognitive issues, as a way of forcing myself to re-look at the world before I start typing. I don't remember where it came from, but that idea—using writing that was influenced by Alzheimer's as clues in a mystery—that provided the initial spark that got me started on ALTB. Around that same time, my Grandmother was reaching very late stages of her Alzheimer's, and I remember distinctly traveling with my Mom to go visit her Mom, on the first day that she couldn't figure out who my Mom was. That moment was so difficult and loaded; I remember going back to it a lot while writing. The whole drive back we talked about the things she wished she knew about her Grandmother... so I guess you could say Arthur's yearning for his Grandfather has something to do with that.

We've read that you started A Lite Too Bright while on tour with your band. How did you write it? Electronically? By hand? What was the process?

On the computer! We'd be in the van 5-6 hours a day, so sometimes I'd work on the drives, other times—when things were really flowing—I'd stay up late after shows grinding out pages. The biggest asset was having people around me all the time who I could test premises on: "What would you say if some stranger jumped onto a train and landed on you? Do you think this is believable? Will you read this for me? Please? Please? Please?"

You're currently in graduate school. What are you studying?

Film! Film and television production, specifically, with an emphasis in directing.

Do you plan to stay in the world of YA novels or do you have other audiences in mind? 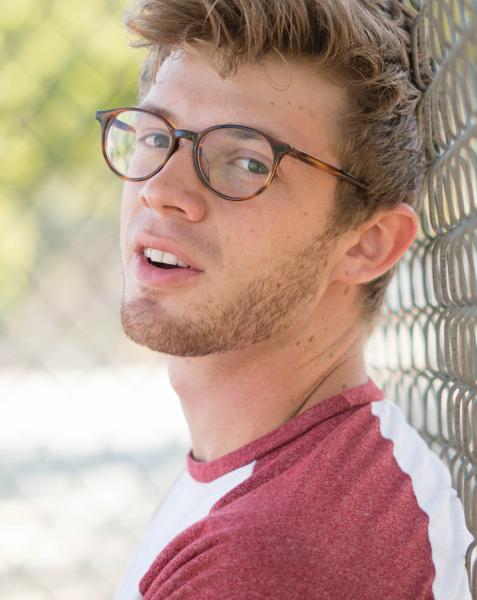 I'm not quite good enough at knowing the distinctions between genres to say! I was pretty sure A Lite Too Bright was an adult literary book, but then my agent told me it was definitely YA, and I figured she was probably the expert. There's definitely subject matter that I want to write / have written that isn't centered around a young protagonist, so I would imagine I'll venture into some more adult-leaning stuff, but in my heart of hearts, young characters are my favorite subject matter.

What did you read as a teen that you loved?

Early on, I remember being very connected to A Wrinkle in Time, as well as a series whose name I can't remember, about a brother & sister who broke out of their hometown only to find out that it was fake (I'm sure if I saw the cover I'd remember it —what were those books called!!).

The Harry Potter books were probably the most important thing my family ever did together as a group. Holes is an all-time favorite, I used to call in sick to school to read the Series of Unfortunate Events books when they came out, and I remember having my whole world torn apart by The Perks of Being a Wallflower.

A Lite Too Bright (Hardcover)

For fans of literary classics such as The Catcher in the Rye and The Perks of Being a Wallflower comes a stirring new thought-provoking novel from debut author Sam Miller about a loss shrouded in mystery with twists and turns down every railway.