Our Hero Bob Shea on Bivalves, Basements, and Bananas 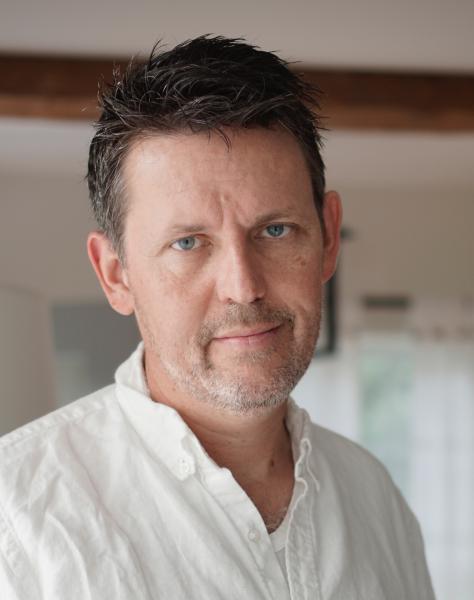 Here at the shop, we've been big fans of Bob Shea since we first saw his work over ten years ago. Bob has delighted us again and again with hilarious stories full of colorful characters like Dinosaur, Unicorn, Ballet Cat, and Cheetah. What can we say? We're a book store. We love people who write and illustrate wonderful books. But then there's this other thing about Bob, too: When Hurricane Harvey hit last fall, Bob was one of the first people to reach out to the shop and offer to help. His idea? A donation program to support area schools affected by the hurricane, with each donor receiving a hand-drawn unicorn. Thanks to him, we raised more than $10,000 to rebuild school and classroom libraries. So it's safe to say that Bob Shea is a pretty cool guy.

Which is why we're so excited that he's coming to visit us. We can't wait to welome Bob to the shop on September 18 (which happens to be the release date of his new picture book Crash, Splash, or Moo!). We encourage you all to stop by, hear all about his wonderful new book, and show how much the city appreciates his generosity. Circle those calendars! In the meantime, check out our fun Q&A below. 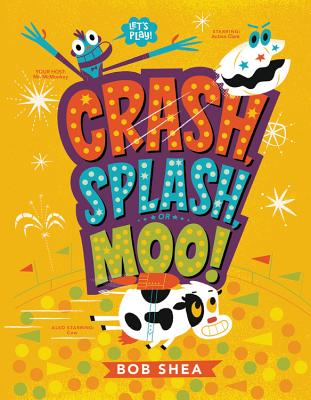 What’s the inspiration behind Crash, Splash, or Moo! (besides hoping to win bananas)?

It’s funny, the banana winning came very late in the Crash, Splash, or Moo! game. The first thing I thought of was Action Clam, America’s Favorite Stunt Clam. I thought a clam would be a silly character and a stunt clam would be the silliest. To make things even sillier, I made the other contestant a regular cow who does not know he’s playing the game at all. The two of them do crazy stunts and the reader gets to yell out their best guess of the outcome. I’ve read it at schools I’ve visited for years before it became a book. Along the way I added the host, Mr. McMonkey, and the thrill of winning bananas.

We love Action Clam, so we’re dying to know: Do you have plans to feature other bivalves in future work?

I'm working on a dystopian novel about a scallop who is the last chance a crumbling society has to defeat a totalitarian dictator and would also be nice pan seared with some risotto. I’m also pitching a picture book called Palaeoheterodonta thinks he sees a monster, but lacks eyes so maybe not.

So besides those, no. Just the three.

We love your Jackpot Basement videos on social media. In Houston, we don’t have basements. Do all basements have talking sinks??

Yes, and it’s terrifying. You never get used to it. I can understand why you decided against them.

For those who don’t know, you reached out to the store in the days after Hurricane Harvey with a plan to immediately start restocking damaged libraries and schools and getting books into shelters. It worked like this: If someone purchased a gift card for hurricane relief, you sent them a hand-drawn unicorn. We are so grateful to you for your rapid response and your generosity. We’re curious: How many unicorns did you end up drawing and how long did that take?

Thank you, I’m glad there was something in my power to help. Well, I originally set a limit of 100 unicorns, but due to the overwhelming response I ended up doing over 300. It did take a while, but my wife and son helped me package them up and mail them out. We had a little assembly line on the kitchen table for awhile.

We love that we can pick up a book, glance at one illustration and go, “Oh yeah, that’s Bob Shea.” How did you develop your artistic style?

There’s a big secret to my style that you have to promise not to tell anyone. I’m really a graphic designer. So all my work features bright colors and simple shapes. Those are the types of things I’m attracted to. Plus it’s a style I can easily explain to kids. They can see how much fun it is to draw for themselves.

Calling all daredevils! It's time to play CRASH, SPLASH, OR MOO! in this boisterous picture book with all the excitement of a game show.

The Happiest Book Ever (Hardcover)

This highly interactive read-aloud for fans of The Book with No Pictures and other books that break the fourth wall is "wacky, zany, and downright fun." -- Kirkus Reviews

What could be happier than a book with a dancing cake, a candy parade, and a hug monster? A book with all those things (and more) plus YOU!

The grass is always greener on the unicorn's side of the fence—or is it?—in this clever, bestselling favorite that Publishers Weekly called a "nonstop giggle generator"!

Ever since Unicorn moved into the neighborhood, Goat has been feeling out of sorts. Goat thought his bike was cool—until he saw that Unicorn could fly to school!

Roaaaar! Roaar! Nothing can stop me!

Nothing can stop little dinosaur-not talking grownups, spaghetti, or even bath time. But what happens when he faces the biggest challenge of all? Bedtime?

With spare text and irresistible dinosaur roaaars, little dinosaurs will be begging for this book to be read again and again.