Meet Liara Tamani, An Exciting New Voice in YA Lit 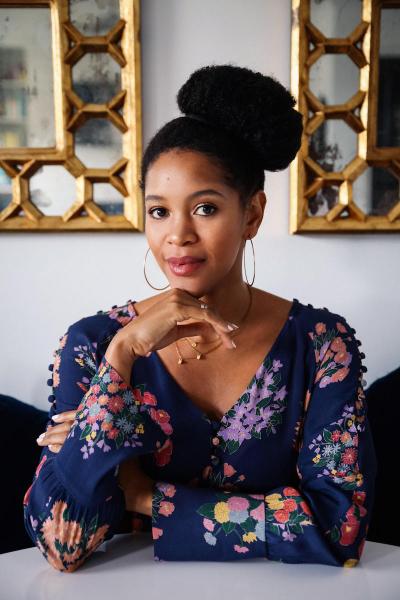 Get used to hearing the name Liara Tamani. The Houston author is poised to grab her share of literary headlines when her debut novel, Calling My Name, is released later this month. It's a beautiful, thoughtful story about a young girl discovering her identity, and Tamani's prose ebbs and flows with the grace and subtlety of poetry. The book is already earning critical raves, netting comparisons to the work of Naomi Shihab Nye, Sandra Cisneros, and Sharon Creech, among others.

We were fortunate enough to catch up with Liara for a Q&A. Read on to learn her thoughts on inspiration, diversity in teen lit, and how it felt to see her book's cover for the first time.

One more thing: We're hosting the Calling My Name launch party (!!!) here at the shop later this month. Come join us on the 28th—you'll have a chance to hear Liara speak, ask questions, and get a signed, personalized copy of a beautiful, promising debut.

Tell us about your book! Who's the main character and what's her story? 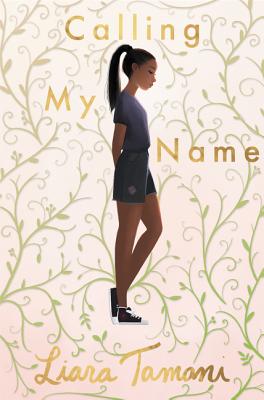 Calling My Name is about a girl named Taja Brown, who is growing up in Houston, Texas and trying to find her own path. Hard to do when everybody around her seems to have an opinion about her life.

Her parents have an opinion about basically everything. Her brother has an opinion about her needing to be a “good” girl. The church has an opinion about what she should believe about life’s big questions. New girls at her school think she talks too “white.” Her sister and friends have plenty to say about her boyfriend. Her boyfriend has too much to say about where she should go to college. Her top choices are prestigious schools far away, but he wants her to go somewhere closer to home, somewhere he can get into himself.

Let’s just say listening to herself and believing in herself enough to find her own way is no easy feat.

Describe the interplay between Taja and her brother. There seems to be some commentary there about the way that society treats girls, as opposed to boys.

The fact that there’s a double standard when it comes to the sexuality of girls vs. boys in most societies around the world is no secret. And it definitely shows up in the Brown household. Damon, Taja’s older brother, is allowed to have his own phone line (this was back in the 90’s when a private phone line was crucial to a private dating life), but when Taja reaches dating age, her father refuses to let her have one. Damon also talks freely about the girls he has sex with while warning her not to become like those girls. And when Taja gets a serious boyfriend, her parents ask her to sign a purity contract—something they never asked Damon to do.

Each new section of the book is introduced with a quote from literary figures like Zora Neale Hurston or Sandra Cisneros. How did you choose those quotes, and how do they strengthen Taja's story? 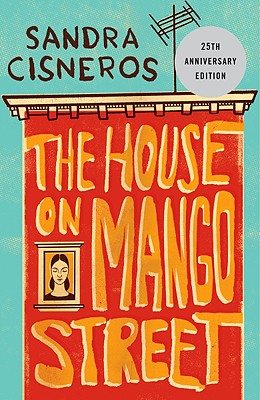 All of the quotes I include in Calling My Name are from writers I admire, writers who’ve helped keep my dream of becoming a writer alive. And I wanted to pass on some of their wisdom to young readers. In the book, the quotes are placed at transitional points in Taja’s life and help reveal the lesson Taja takes away from that part of her journey.

What were some of your biggest inspirations—cultural or personal—while writing Calling My Name?

Sandra Cisneros’ The House on Mango Street was my biggest inspiration. I knew I wanted to write about breaking away from family and community traditions to find one’s own path (something I had to do and am still doing… something I know isn’t easy), and that book has a similar theme running through it. I was also inspired by the book’s lyricism and vignette structure. The House on Mango Street is a beautiful book.

The cover of your book was illustrated by Vashti Harrison, who is known for creating art that “celebrate[s] and embolden[s] black girls.” (A book of her art, Little Leaders: Bold Women in Black History, comes out this December.) Were you familiar with her work before she illustrated your cover? How did that come about?

I’d seen her work before and absolutely loved it. But I had no idea she was designing my book’s cover until my publisher, Greenwillow Books, sent me an image of the final cover design. It was beautiful and magical and better than anything I could have imagined. I was in tears.

There’s been a greater effort to close the diversity gap in young adult literature in recent years, which is so important and has been incredibly inspiring. How does it feel to be one of the authors at the front of this effort?

I feel proud. Diverse books are so necessary. Teens of color deserve to see themselves on covers of books, deserve to read stories that feature their culture. It’s also important for white teens to read stories of people from different cultures, to connect to these stories. These are all human stories. And allowing teens to not only see themselves, but see each other through the lens of literature serves to deepen their connection to all of humanity.

I’m one of those people who likes to read a few books at a time. I keep them stashed around the house and pick them up when I’m in different corners and rooms. Right now, I’m reading The Poet X by Elizabeth Acevedo. It’s a dope novel written in verse. I’m also reading Jason Reynold’s Patina. I love this book, love Jason’s writing in general. I’ll read anything he puts out. And lastly, I’m reading my good friend Lauren Markham’s book, The Far Away Brothers. An important reported story about the lives of two teen twin boys, who migrate unaccompanied to the US.