We’re thrilled to welcome New York Times bestselling author Mary H.K. Choi to the blog to tell us about her incredible new book, Yolk. Gosh, where do we even start? This book is funny, raw, and wonderfully intricate—a shoo-in for your TBR list—and we loved hearing more about Choi’s process, what it was like writing a book in 2020, and the story behind that perfectly evocative title: Yolk.

Check out her great interview below, pre-order Yolk, and don’t forget to register for our free virtual event with her, in conversation with Shea Serrano, on March 4!

Congratulations on your third novel! Can you tell us a little bit about Yolk?

Thank you so much! I’m so excited to share it with you. So, Yolk is about two sisters—Jayne and June—who are living in New York and who don’t get along. They’re flung together when June gets sick and has to use Jayne’s health insurance. It’s about how difficult it can be to ask for help when you’re trying to establish yourself as an adult. And how interesting it is that the people closest to you, the ones who have known you the longest, are sometimes the last people you want to turn to. (It’s humiliating to be called out on your stuff when you’re undergoing a dazzling reinvention!) It’s also about a lot of the old stories you tell yourself about your family—who you are to them and who they are to you—that can go uninterrogated until you finally have that conversation, and everybody’s mind is blown. It’s also about family secrets. 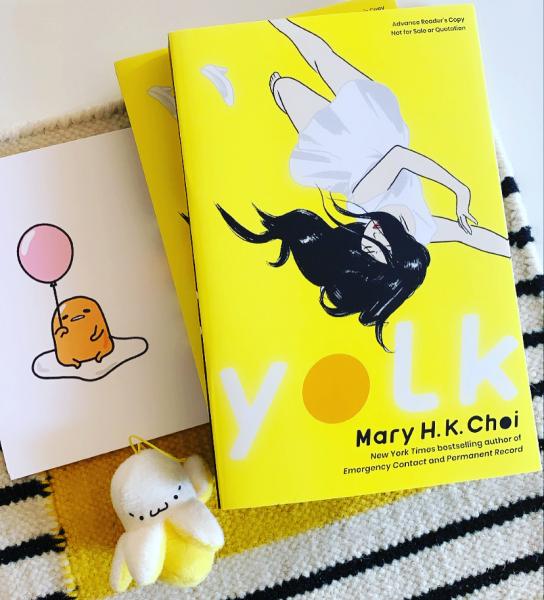 Jayne and June's relationship is so layered and complex—it feels incredibly real. What was it like for you to develop these characters and their dynamic? Do you have a sibling?

Oh, wow. It was kind of taxing to hang out with June and Jayne for so long! They bicker so much and are constantly in some state of butthurtness with the other. But I love them. In a lot of ways, they’re the sisters I don’t have. They’re also an amalgam of all my girlfriends because sometimes we’re just a multi-headed hydra, especially when we’re making food together and catching up. (side note: I miss my coven so much it’s painful.)

I do have a sibling. He’s fourteen months older than me. His name is Mike and he’s a disgustingly talented artist. He’s soooooo good and has a new comic coming out called Moths which is unlike anything I’ve ever seen before in terms of how painterly it is while being cinematic. I didn’t mean for this to turn into a shameless plug, but I guess I’m really proud of his practice and his art. The other thing to know about Mike is that he’s forbidden me to ever write about him until death. This book is dedicated to him because I had no qualms in short-changing his childhood by forcing him to be my friend and looking after me when we were babies.

Yolk is such an evocative title. Where did it come from?

OK, so I’m trying this totally new and wholly mortifying thing where I try to savor compliments. Thank you. So, Yolk. I LOVE this title. I feel so lucky that it arrived. First of all, I love the mouthfeel of the word. The crispness of the K at the end with the little speedbump of the L. And Y words are mostly a delight because they’re deployed so infrequently. But I also love that it means so much. Jayne and June are East Asian, and they’ve had so many moments of dissonance and dissociation in the white gaze or white monocultures so it partly signifies yellowness awash in a sea of white. It’s also the name of this iconoclastic Asian culture magazine from California in the mid-90s that my friend Anne told me about. But it’s also a small acknowledgement around my struggles with an eating disorder where for years I never ate egg yolks because food was a moral issue and egg whites were pious and good and yolks were forbidden until I became “perfect.” Fertility and motherhood and my own questions around whether or not I want children is also a theme. 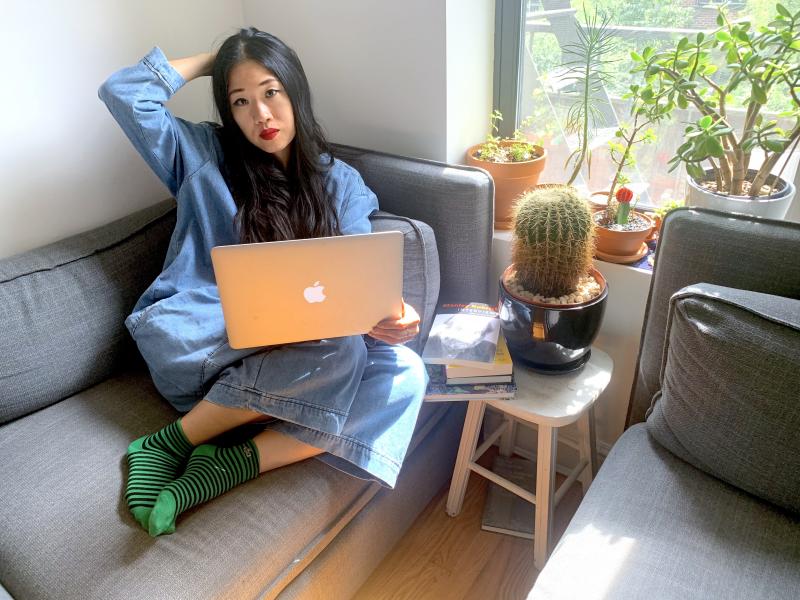 What was it like working on this book in the midst of the year we just had? Yolk has some difficult themes—illness, healthcare, closeness, asking for help—that must have been tough to engage with in 2020.

I’ve likened writing Yolk to giving birth to a lawn chair. It was absolutely gruesome at times inside that headspace. Which isn’t to say that the book is arduous to read. That’s something I’m hoping to stress in interviews like these, that the book is actually a love story to New York and funny in all the ways that New York is merciless about clowning you.

Side note: There’s also a REALLY hot boy who has the sexiest apartment with the most tantalizing taste in art and furniture.

But it’s also a true thing that while I was writing this book about healthcare and cancer, the pandemic happened and then my mother was diagnosed with lung cancer. There was so much grief in my heart and my body and so much longing for my mom that there were whole stretches that I couldn’t work on it. But the one thing that writing this book reinforced, and something I learned seeking help through therapy and 12-step work and sobriety and getting help with my eating disorder, is that isolating might be my knee-jerk reaction to protect myself but it’s always the response that hurts me most. I also tried to remind myself that even a ten-minute walk outside or a five-minute phone conversation with a friend makes a huge difference even when I feel like my mood or day is utterly unsalvageable.

What have you been reading lately?

I read multiple books at the same time depending on the mood. So, in the morning, I’ve been re-reading Kazuo Ishiguro’s Never Let Me Go. I just finished Cathy Park Hong’s Minor Feelings as my afternoon book. It used to be my bedtime book, but it gets me too worked up. It’s wonderful and absolutely crucial reading for an artist. Hurricane Season by Fernanda Melchor is also dazzling. I’ve been reading this beautiful, sweet book before bed called The Housekeeper and The Professor by Yoko Ogawa. It’s so tender and gentle to soothe my mind. Oh, also I just finished Brit Bennett’s The Vanishing Half which didn’t have a particular time relegated to it because I just sat and hoovered it and that was that. I couldn’t even do that thing where you pump the brakes to savor it. I just inserted it into my body. It was so good. 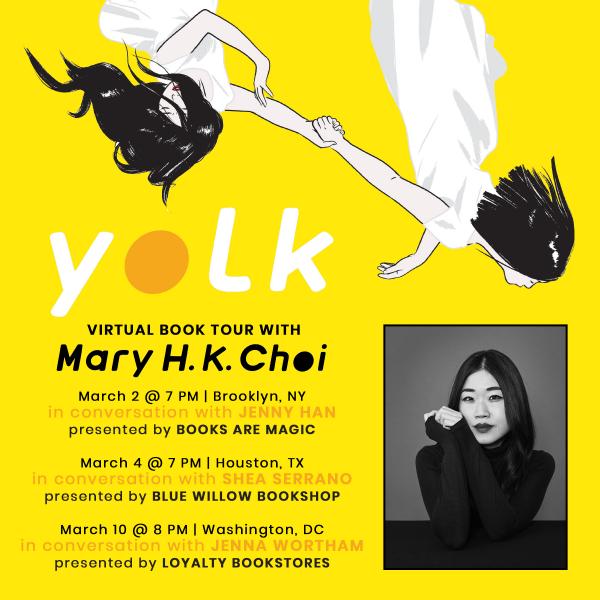 “Sneaks up on you with its insight and poignancy.” —Entertainment Weekly

From New York Times bestselling author Mary H.K. Choi comes a funny and emotional story about two estranged sisters and how far they’ll go to save one of their lives—even if it means swapping identities.

Jayne and June Baek are nothing alike.