The Many Surprises of Greg Pizzoli 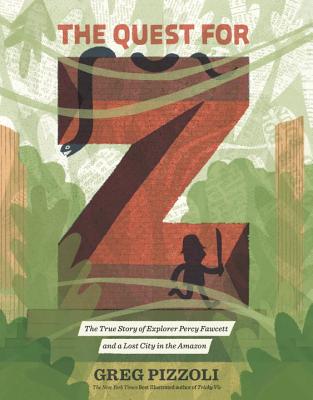 How can you not love Greg Pizzoli? The prolific author/illustrator is responsible for a handful of our favorite picture books from recent years, including Templeton Gets His Wish, The Watermelon Seed, and The Quest for Z. On top of that, he's an all-around sweetheart who knows how to put on an excellent school visit. Our kind of guy, in other words.

Greg's joining us here in Houston for a couple of school visits this month, and we're working hard to book an in-store appearance sometime next year. In the meantime, tide yourself over by reading his insightful Q&A below. We asked about what he has on the horizon, all those little goodies hidden in his books, what it was like to illustrate a manuscript by Margaret Wise Brown, and more.

You’ve written your own picture books like The Watermelon Seed. You’ve also contributed illustrations to other books, like Dragon Was Terrible, written by Kelly DiPucchio. How does your creative process differ when you’re writing and illustrating versus strictly illustrating? 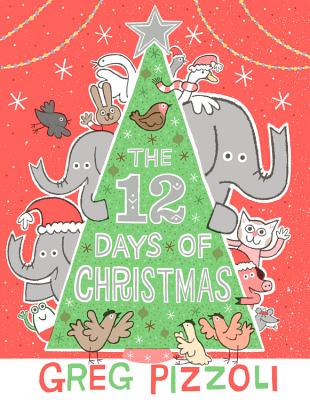 First off thanks for having me—I'm excited to visit you guys again! As for the difference in illustrating books, I think the distinction is tough to parse because every book is different and the way I approach each project can change a lot as I grow as an artist. For Dragon Was Terrible, Kelly wrote a hilarious text and I was really just trying to do it justice. For The 12 Days of Christmas, I wanted to take this song, which on its face is completely nuts—but usually treated as sacred—and really just play up the madness. I guess the main difference is that if I am writing the words myself, and something's not working, I can change it, whereas if someone else wrote it, I have to figure it out one way or another.

Speaking of collaboration, you had the opportunity to illustrate a previously-unpublished manuscript by Margaret Wise Brown. Can you tell us how you came to be involved in that project, and what it meant to you?

I first heard about the book when I was approached by my editor at Harper Collins, Nancy Inteli, and she asked me to illustrate North, South, East, West. It was an incredible honor and I honestly think that with Nancy's guidance I was able to do some of my best work. It was a lot of pressure obviously, as Margaret Wise Brown was such a brilliant author, and I'm still kind of floored that the whole thing happened at all. I loved the text from the start. I'm also very happy to say that it's happening again! I'm illustrating another book by her at the moment, which will be published in the winter of 2020.

You have a background in silkscreen, and you use that to create illustrations that really stand out. Did you always want to illustrate books, or is that something you came to later on? 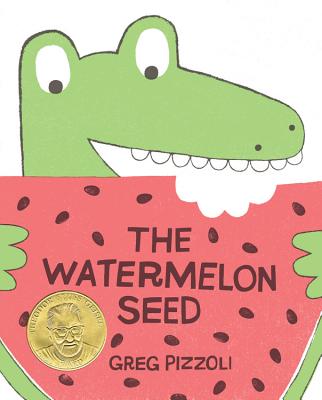 Hey, thanks! I've always loved picture books and have always loved to draw, but I didn't start to think of it as a real career option until graduate school when I started writing and silkscreening my own handmade kid's books. Since then, making books is all I really think about. Most ideas for creative projects come to me in book form. Especially since I am able to see the impact it has in schools and libraries when I visit—picture books in particular are kind of all I want to make at the moment.

We love finding the little Easter eggs you include in your books, like the Magic Diamond package underneath the dust jacket for Templeton Gets His Wish or your beautiful endpapers. What inspires those flourishes? And is there any place in a book that isn’t good real estate for illustrations?

Thanks again! It's nice to know that people are noticing those little details, as I definitely try to hide as many surprises as I can in each book. I'm not sure what inspires them. I guess I like to be surprised as a consumer—I like secrets, special editions, that kind of stuff, so I try to make my books feel that way. Books cost like $20 after taxes so I want to cram in as much as possible for people who are buying them. I've noticed that no one really ever cares about the back covers of books, but I don't know if there's a bad place to hide something special.

Tell us a little bit about The Quest for Z, which came out in June.

The Quest for Z is my second nonfiction picture book, a follow up to my book Tricky Vic. The Quest for Z tells the true story of explorer Percy Fawcett, an Indiana Jones-type who was convinced he would find a "lost" city hidden in the Amazon Rainforest and unknown to Western civilizations. I tried to make the book appeal to everything I loved as a ten year old—adventure, maps, scary animals, and mystery. It's been a blast to read with kids at schools. I like nonfiction books a lot, and at the moment I am working on my third one, which will come out in 2019.

You have a big year planned in 2018, including the launch of a new series with Mac Barnett. Could you share a little more about what you’ve got coming up?

Mac and I have made an early reader series called "Hi, Jack!"—that's the title of the first book. It's about a monkey who is mostly a good guy, but is bad a lot of the time, too. We're starting off by making eight books, and the first four come out in the first half of 2018. Also in early 2018, in April, I have This Story is for You, my next book with my pals at Disney Hyperion. It's a book about friendship, and appreciating the differences that makes us all unique. It's kind of a love letter I wrote to the universe. It's a busy year for sure, but I can't wait for everyone to see these books! Thanks again for having me. I'm looking forward to visiting Houston soon!

Hi, Jack!
I Love You Like a Pig
Dragon Was Terrible
North, South, East, West