Lisa See on Research, Writing Female Friendships, and THE ISLAND OF SEA WOMEN

Friends, what a month we've had here at the shop, in Houston, and as a country. During times like this, we really do find that there's nothing quite like the comfort of a good book.

On a store programming note, we're devastated not to host so many of our favorite authors in the weeks ahead—we were looking forward to great conversations with authors like Ann Patchett, Angie Thomas, Mac Barnett, and Lisa See. Today, we're here with the next best thing—an exclusive Q&A between Lisa See and Valerie, all about her fabulous book The Island of Sea Women. We've even added a few photos from Lisa's last visit to give the post that Blue-Willow-Bookshop-event feel. It's not the same, we know, but right now it's for the best.

If you already ordered your copy of The Island of Sea Women, or are looking for reading recommendations for the next few weeks, give us a call! We're offering $5 priority shipping right now, and free shipping on orders over $50. You can also take advantage of our curbside delivery program, or just stop in—we're still open as of March 18 and have put additional sanitation measures in place to ensure your safety and the safety of our staff.

You start the book off with a study about body temperature that I found so interesting. Your protagonists, the female Korean freediving community called the haenyeo, have unique body temperatures, and you write that it surprised them to learn this. After all, diving was part of their everyday lives. Were there any surprises for you as you conducted your research?

All of it was a surprise!  And intriguing, fascinating, and mind-bending. Historically, the haenyeo had the greatest ability of any human group on earth to withstand cold water. Can you imagine diving in the waters off Vladivostok in winter, wearing a little homemade cotton suit?  This water is so cold that the only thing that keeps it from freezing is the salt level. There are stories of women jumping off boats and dying on impact from the shock of the cold on their hearts.  All this absolutely fascinated (and terrified) me, especially as a person who looks at a heated pool and starts to shiver.

Years ago, back when I first learned about the haenyeo but long before I’d decided to write about them, I found an article detailing a three-year study of the women divers published in the late 1960s in Scientific American.  Was the ability of these women to withstand cold water genetic or an adaptation? I can’t help myself here, but I had to dive in. Down the rabbit hole I went. I read academic articles on the haenyeo and headaches, their thyroid function, the way they breathe, how and why they get the bends, and the effects of weights on their hips. I’m not a scientist and some of that material was challenging for me to understand and digest, but I loved all of it.  I loved it so much, in fact, that I wanted to include some of it in the novel, which is why Dr. Park and his team arrive in Hado. I suppose that could have seemed gratuitous, but his appearance sets off everything that propels the final third of the novel. 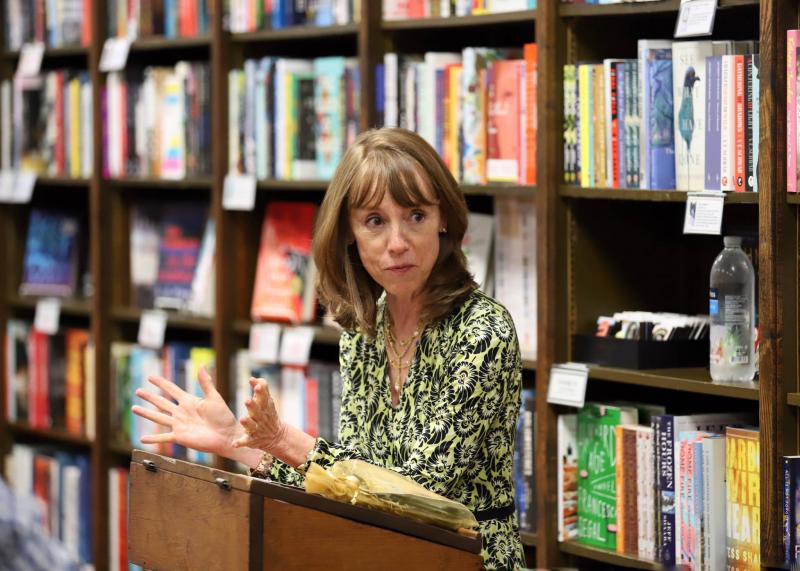 You have often explored the theme of sisterly love in your books. Your protagonists do not need to be blood related, but their bonds run deep. What fascinates you about the subject of close female friendships?

I’m drawn to writing about women’s friendship because it’s unlike any other relationship we have in our lives. I’m especially interested in the dark shadow side of female friendship. We will tell a friend something we won’t tell our mothers, our husbands or boyfriends, or our children. This is a particular kind of intimacy, and it can leave us open to the deepest betrayals and other failures in courage.

“Sisterly love,” which you’ve asked about, can also apply to sisters and mothers and daughters. My mother was once my best friend. (She passed away a few years ago.) My sister, Clara, is my best friend. But this isn’t just about my personal experience as a woman or as a writer. I find myself thinking more and more about how women and women’s relationships have been written for centuries by male authors. We have to remember that except for a few notable examples (Jane Austin, the Bronte sisters, and Virginia Woolf, for example), women characters have been written mostly by men. It’s extremely exciting to write about women as a woman, whether it’s about being sisters, mothers and daughters, or friends.

The sea plays an integral part in this book. After looking at maps, it's clear that the island of Jeju was important both as a natural landmass and a political one. No country leaves it unscathed. Why this island, and not others?

I’m generally ignorant about the world’s islands and their history, but all we have to do is look at what we did to the kingdom of Hawaii to know that Jeju isn’t alone in being strategically important or desirable in other ways. Jeju is roughly one hundred miles in each direction from Japan, China, and mainland Korea.  Historically, it’s been seen as a steppingstone to get to other countries.  China’s Manchu and Mongol dynasties used it to invade other countries. Japan used it to invade other countries. From the end of World War II all the way to today, the United States government has wanted to build a major U.S. Naval base on Jeju because of its strategic importance in the region. 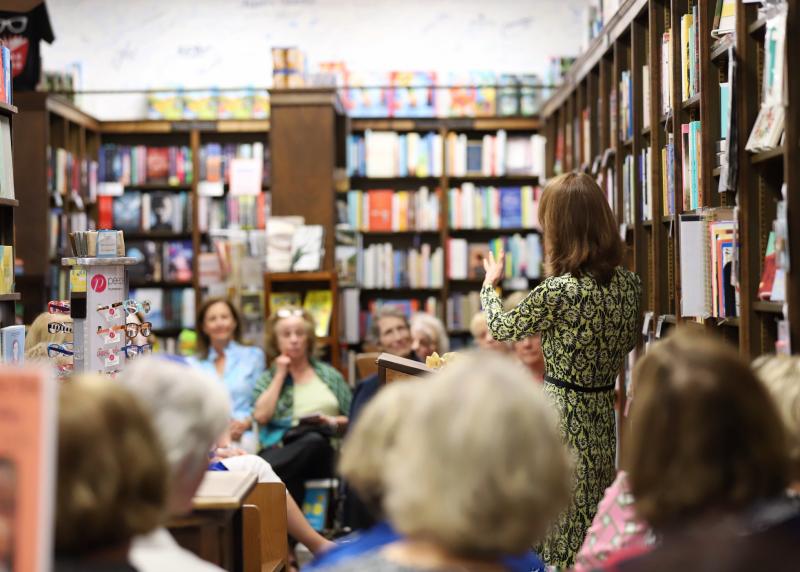 As leader of the collective, Young-sook tells her divers what her mother used to say: "Every woman who goes into the sea carries a coffin on her back. In this world, in the undersea world, we tow the burdens of this hard life." And they did have a hard life. But there were joys. What do you want us to take away from this statement and the novel?

You’re so right. The haenyeo did and still do live very hard and dangerous lives, but there’s another aphorism that adds a different aspect to their relationship to the sea. The sea is better than your mother. The sea is forever.  These two aphorisms contain the complexity of a diver’s relationship to the sea.  The first one shows the dangers that the women face every day. There are so many ways to die under the sea, after all.  The second one shows the love and respect the women have for the sea.  Many of the divers told me that when they’re underwater they feel like they’re in the womb of the world.

I just finished reading the advanced reader’s edition of The Library of Legends by Canadian author Janie Chang. I love the way she mixed fact—Chinese university students trekking thousands of miles to stay ahead of the Japanese during the Sino-Japanese War—and the magical as immortals and guardian spirits accompany this historic escape to help protect China’s ancient books which the students are carrying to safety. It’s an adventurous love story for all of us readers who love books and who, in a perfect world, would do anything to save them.

The Island of Sea Women: A Novel (Hardcover)

A new novel from Lisa See, the New York Times bestselling author of The Tea Girl of Hummingbird Lane, about female friendship and family secrets on a small Korean island.

Mi-ja and Young-sook, two girls living on the Korean island of Jeju, are best friends that come from very different backgrounds.