Katharine McGee on Endings, Technology, and THE TOWERING SKY

There are some authors we have the distinct joy of seeing again and again. Authors like Gabrielle Zevin, say, who has graced our shop on each of her book tours. We can hardly go three months without bringing Mac Barnett to the shop. Sarah Bird, Jennifer Mathieu, Katherine Applegate... the list goes on.

Houston's own Katharine McGee is one of those frequent Blue Willow fliers. We've hosted the launch party for each new release in her Thousandth Floor YA trilogy, those bestelling founts of primetime drama, glitzy glamour, and breathless romance. The final book in the series, The Towering Sky, comes out later this month. Which means that—you guessed it—we get to throw another launch party for this longtime friend of the store. (Not to mention a juicy pre-order campaign that you really shouldn't miss out on.)

August 29th is the date in question—we're looking forward to seeing you there. In the meantime, catch up with Katharine by reading the Q&A below. 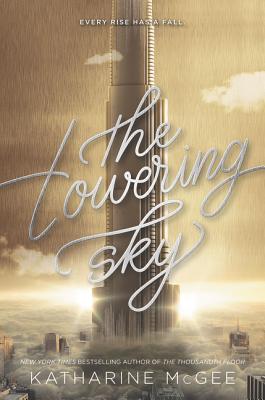 We can't wait to welcome you back to the shop! The Towering Sky is the final book in your bestselling Thousandth Floor trilogy. Tell us how it feels to wrap the story up.

I can’t believe that we’ve finally reached the end of this series. It feels so surreal, and painfully bittersweet. I’ve spent the last four years immersed in this world, and they’ve been an eventful four years for me: I graduated from my master’s program, got married, and moved cross-country three times (New York --> California --> Philadelphia --> back home to Houston)! These characters have seen me through a lot of personal changes and growth, and it has been hard for me to let go of them. I would be lying if I said there weren’t tears when I did my very last edit on the very last chapter of The Towering Sky.

Did any of your characters’ storylines change as you wrote book three, or did you have everything about your ending plotted from the start?

I used to hear writers say that beginnings and endings are easy, but the middle of a story is the hardest part, and now I completely get it! When I first sold the concept for The Thousandth Floor back in 2015, I knew what would happen in the first book, and I knew how the trilogy would end. It was the rest of the story—all of The Dazzling Heights and the first half of The Towering Sky—that I still needed to figure out. In narration, as in life, it’s easy to know where you want to end up, and much harder to know the steps you need to take in order to get there.

The series features some seriously advanced technology. With our digital world exponentially growing and changing, what are your thoughts on technology and society?

I had a lot of fun coming up with the technology of The Thousandth Floor, some of which is based on current research, and some of which is a bit more whimsical, like drinking from a floating bubble! But to me, the most important aspect of the technology has always been the way it impacts the characters. What does it mean to be a teenager with a computer embedded in your brain? How would it feel to know that your parents custom-designed you from a menu of genetic options?

This might not make sense, but even though The Thousandth Floor series is set in the future, I wanted it to feel more like a historical fiction than a sci-fi novel. That is, I wanted the setting to be a thought-provoking backdrop to the characters and their relationships, rather than driving the action of the story. Technology can make my characters’ lives easier, but it can’t make their decisions for them. They live a hundred years from now, but the characters still have trouble with their human relationships. They make mistakes. And they are motivated by the same things we are today: loneliness and desire, jealousy and heartbreak, love and sacrifice. 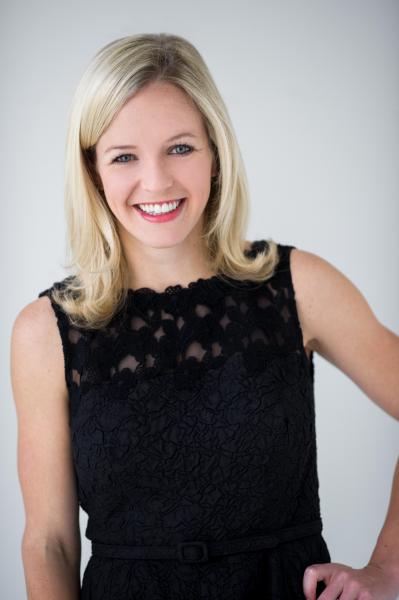 You said sayonara to a New York-based job in the publishing industry to write full-time here in Houston. What was that transition like, moving from the business side of the industry to your role as creator?

I worked in New York for four years, as an editor of young adult novels (I edited the final seven Pretty Little Liars novels, The Vampire Diaries series, The 100, and briefly worked on Everything, Everything right before I left!). I learned a lot about everything from how to construct a plot to what marketing and publicity publishers can typically provide. Plus, it was a huge confidence booster seeing the first drafts that these well-established writers turned in—after that, I wasn’t afraid of writing a very messy first draft, because I knew that no one gets it right the first time.

Editors feel very invested in the books they work on—after all, they are the person who spends the most time on them, aside from the author—and I used to always joke that I was like a protective and outspoken aunt, taking care of those books even though they weren’t mine. It is even more fun now that I have books of my own!

We’re dying to know: What are you working on right now?

My next series is called American Royals, and it is so much fun! It’s set in present-day America, with a speculative twist: what if George Washington, instead of being the first president, had declared himself the first king? What if America was a modern constitutional monarchy? This series is a delight to work on, because it combines everything you love about The Thousandth Floor series—drama, forbidden romance, secrets—with my love of history, and of course, some diamond tiaras!

Finally, what are you reading and loving these days?

I know I’m behind the times, but I’m working my way through Neal Stephenson’s Baroque Cycle—there are a lot of pages, so it’s been slow going! I also recently read Dhonielle Clayton’s The Belles and loved it. It’s a fantasy set in a glamorous royal world where the magical Belles can make you beautiful… but at a price.

Welcome back to New York, 2119. A skyscraper city, fueled by impossible dreams.