Gilly Segal & Kimberly Jones on I'M NOT DYING WITH YOU TONIGHT

Friends, the current health situation has upended life here at the shop, and has reminded us that our top priority is always to keep our customers and staff healthy and safe. That's meant a lot of event cancellations and a lot of curbside pickup for the last two weeks. We're carrying on as well as we can, but we're still bummed beyond words that one of our event casualties was this year's TeenBookCon festival. To us, the festival is a joyful, life-giving day each year where we get to see a lot of hard work and planning pay off and connect thousands of young local readers with some of our very favorite authors.

Two of those authors—Gilly Segal and Kimberly Jones—have written an urgent page-turner of a debut that tackles big topics like race, privilege, violence, and coming together. I'm Not Dying With You Tonight is the story of Lena and Campbell, two very different girls from very different backgrounds, who are forced to rely on one another in order to survive a riot. We know it's not the same as attending a TeenBookCon panel, but we were able to ask Gilly and Kimberly a few questions about the book, what it's like to write together, and which books are on their nightstands. Read on!

Congratulations to you both on I’m Not Dying With You Tonight! Can you tell us a little bit about the book, and about how you came to work together?

I'm Not Dying with You Tonight was inspired by an incident that occurred during the Baltimore protests in 2015. When the authorities became aware that a protest was planned, they closed schools early, ordered the students to disperse, but also shut down the public transportation in the area. A school bus full of kids became trapped behind a police barricade as a result. While news stories moved on to other events transpiring in Baltimore, as mothers, we found ourselves coming back to those students - worrying for their safety and wondering how they made it home. That sparked the story that would ultimately become INDWYT. What would happen, we wondered, if two very different girls with very different life experiences found themselves trapped together in such a charged situation. As for how we came to work together, well, we met in book club! The Little Shop of Stories in Decatur hosts a group called Not So YA for adults who love YA novels. We became friends once we discovered how much we have in common, including that we're both single moms, balancing writing lives with day jobs.

We know that Kimberly wrote Lena’s side of the story and Gilly wrote Campbell’s. Were you each responsible for developing and crafting your character and her narrative, or did you work together to build the characters and the plot?

We plotted the book together, but given that it is a dual narrative, we each took primary responsibility for one character. Kim drafted Lena’s chapters, while Gilly drafted Campbell’s. However, by the time we began editing, we were sitting side by side, working together throughout and within one another's chapters. Beginning the writing process as friends helped us to write a manuscript based on very difficult topics coming from a place of love, from a desire to understand, and no ego to disrupt the conversations. Part of our process was listening, understanding, and being honest about vulnerable moments. As much time as we spent plotting, drafting, editing and editing again, we spent talking and listening to each other. 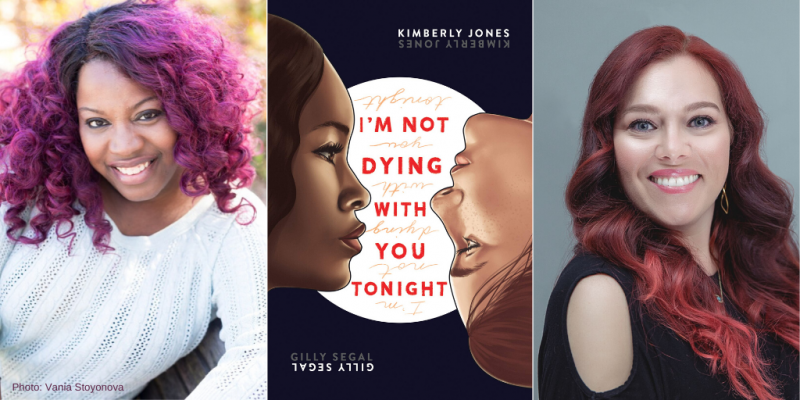 The fictional neighborhood where the book takes place almost acts as a third main character. How did you get it to feel so real?

The neighborhood we describe in INDWYT is based on a real area in East Atlanta. The first thing we did when we began plotting the book was walk the route we imagined the girls taking that night. We drew on the places and people we saw in that neighborhood to populate the location in the books. Although we fictionalized elements and the characters in the story, we stayed pretty true to the map we originally sketched in crafting the plot.

What other YA books have you been reading and loving lately?

Kim is reading and loving the adult novel Lakewood by Megan Giddings, a twisty thriller, This Book is Anti-Racist by Tiffany Jewell. Gilly recently finished and adored the heart-wrenching contemporary Four Three Two One by Courtney Stevens and the heartfelt, charming middle grade novel Checked by Cynthia Kadohata. Up next on her TBR is Not So Pure and Simple by Lamar Giles, who is one of her favorite authors.

What’s next for each of you? Do y'all have another collaboration in the works?

We're currently hard at work on our next collaboration—another dual narrative YA. We don't currently have a release date, but perhaps soon!

I'm Not Dying with You Tonight (Hardcover)

"An absolute page turner, I'm Not Dying with You Tonight is a compelling and powerful novel that is sure to make an impact. " --Angie Thomas, New York Times bestselling author of The Hate U Give