Get Inspired With Jennifer Mathieu 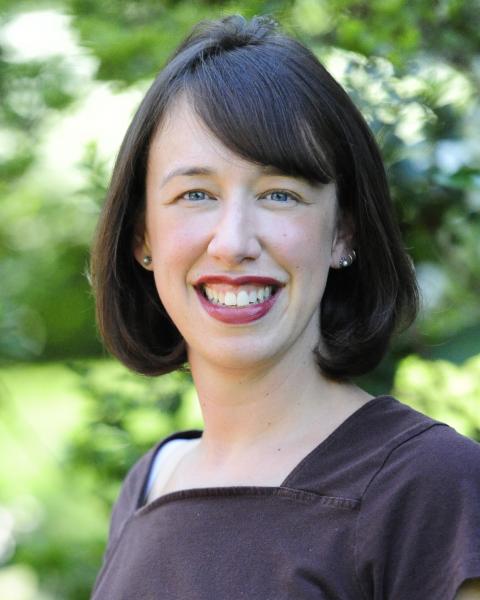 Jennifer Mathieu is a dear, dear friend of the shop, and her new book, Moxie, is one of the best YA novels in a very strong year. (Not to brag, but we're totally in the acknowledgements page.) Moxie is the story of Viv Carter, a strong, intelligent young woman who is slowly emboldened to find—and use—her voice. It's fierce, it's feminist, and it won over Cathy, our events coordinator, who says it "perfectly captures small town Texas and girl empowerment." How cool is Moxie? Amy Poehler's production company optioned it long before it was even published. It's that cool.

We're thrilled to be hosting the official Moxie launch party at the end of the month. Before you join us for music, food, and conversation, read our Q&A with Jennifer below and check out her previous books. We can't wait to see you at the party.

Moxie is fierce—an empowering story of how one shy high school girl makes a big difference in her small Texas town. What inspired you to write this story?

I was inspired by my longtime love of so many things—feminism, Texas, zine culture, punk rock, and my '90s nostalgia! I was trying to drum up a new idea and had been thinking about writing a Riot Grrrl YA novel for a long time. But I didn't want to write something historical. As painful as it is for me to realize, a book in the '90s is now historical fiction! So I started thinking about how I could add a modern twist and the idea just came to me in one big rush. I was sitting on my couch and immediately started texting local blogger Kate Sowa about it to get her feedback. I knew I was on to something when she got super excited, too!

You're a middle and high school teacher here in Houston. How does your experience as an educator influence your writing?

Sometimes people think that I get plot and character ideas from my students, but it's not really like that. I think being an educator influences me in that it reminds me all the time of who my audience is. I'm reminded on a regular basis that teenagers are far more intelligent, compassionate, and complex than we think and that they can handle tough subjects and books that have nuance and complexity. I confess that once in a while I spot a student who reminds me of how I pictured one of my characters. That's always funny to me... to walk down the halls of my high school and think, "Oh, wow, that looks like how I imagined Lucy Hernandez to be!"

Music plays an important role in Moxie. Tell us more about how the Riot Grrrls and punk music influenced the book.

The heart of the Riot Grrrl movement was music and all the RG bands that popped up that allowed young women an opportunity to express themselves and fight for their rights. Riot Grrrl music gave young feminists the opportunity to respond to the existing culture and create their own. I don't always listen to music while I write, but for Moxie it was critical. I was listening to a lot of Bratmobile, Sleater-Kinney, and of course Bikini Kill. The rhythm, vocals, and lyrics kept me going and inspired me during the entire project.

Your book was optioned by Amy Poehler's production company, Paper Kite Productions. How did that feel?

Being optioned by Amy Poehler's company still feels like some bonkers dream. I still can't believe I got to speak with her on the phone, and she was giving me this detailed, glowing commentary on Moxie. I respect her so much as an artist and feminist, and to have someone on that level to say such amazing things about my writing... it honestly is surreal.

We recently spoke with Gabrielle Zevin, author of Young Jane Young, and she referred to the profusion of women authors tackling tough topics like sexism as a "feminist writing renaissance." Why do you think we're seeing so many awesome new voices, and what inspired you to join the movement? 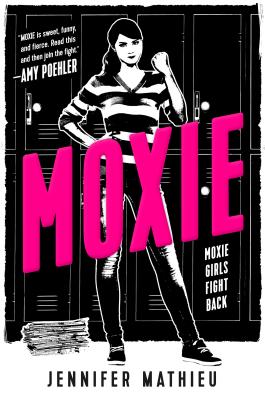 I am always down for feminist writing, and I don't know that I wrote Moxie out of any sense of wanting to join anything so much as I wanted to write it to express feelings I've had about gender equality since my teenage years. I agree that we have seen a sense of urgency surrounding conversations about gender, since the election especially, although I finished Moxie long before last November. I think the last election cycle revealed for some—and confirmed for others—the ways women are treated in our culture, especially when they seek out positions of power. I'm excited to be part of any sort of feminist writing renaissance, especially one that examines feminist issues through the intersections of race, class, ability, sexuality orientation, and gender identity.

What are a few book recommendations you have for readers who loved Moxie?

I would start with Amy Reed's The Nowhere Girls, which comes out in October. Amy read Moxie, and we were both struck by the parallels between our novels—both feature girls creating underground feminist movements at sexist and problematic high school campuses. But each story is unique, and Amy's novel is deeply moving and compelling. I cried tears of joy at the end. I would also recommend E. Lockart's The Disreputable History of Frankie Landau-Banks, Isabel Quintero's Gabi, A Girl In Pieces, and Sherri L. Smith's Flygirl, for starters. I recommend a few nonfiction books and other feminist resources on the Moxie Tumblr at moxiegirlsfightback.com, and I hope readers will check them out!

The Truth About Alice
Devoted
Afterward