Gail Honeyman on Eleanor Oliphant and What's Next 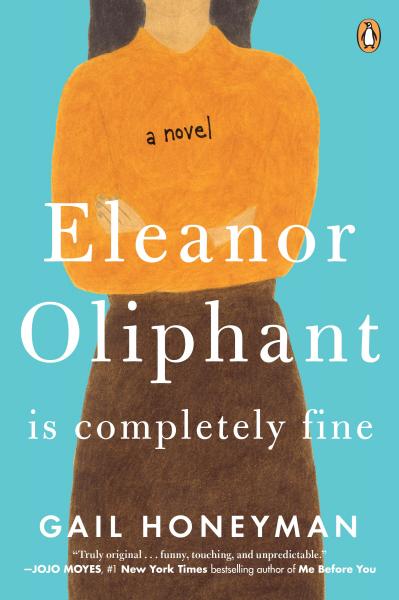 It's been well over a year since we first got hold of an ARC of Gail Honeman's debut novel, Eleanor Oliphant is Completely Fine. In the intervening months, the book flew from staff member to staff member, always accompanied by that most exciting of phrases: "You have to read this." It was a natural choice for our staff book club. And when it was published last May, we pressed it into as many hands as we could reach.

So it probably goes without saying that we're excited to welcome Gail to the shop on June 11. Seriously, friends, go ahead and circle your calendars now. We'll wait.

When you get back, check out these insightful questions and answers, courtesy of Pamela Dorman books. And if you haven't read it already, get ready to meet your new favorite novel.

Where did the idea for Eleanor Oliphant come from?

Eleanor Oliphant Is Completely Fine started with two related ideas. The first was loneliness, an issue that’s thankfully now starting to receive more attention as we begin to understand more about its often devastating consequences. I remembered reading an article in which a young woman, living in a big city, said that unless she went out of her way to make arrangements in advance, she’d often find herself not speaking to another human being from the time she left work on Friday night until her return to the office on Monday morning, and not by choice.

I started to wonder how such a situation could come about. When loneliness is discussed, it’s often in the context of the elderly, but I began to think about how it might manifest itself in younger people, and whether the issues might be slightly different for them. Was it harder to talk about, or even to identify, because their loneliness didn’t result from, say, the death of a spouse after decades of marriage, or of becoming housebound due to age-related illness? Did social media have an impact and, if so, was it positive or negative? Was it worse or better to find yourself lonely in a big city rather than in a small town or a village? In the end, it wasn’t difficult to imagine how a young woman with no family nearby could find herself in the situation described in the article; moving to a new city, she might rent a one-bedroom flat or a bedsit, take a job in a small firm where she had nothing in common with her colleagues . . . narratively, the possibilities began to intrigue me.

The other strand that helped inform the book was the idea of social awkwardness. Only a few fortunate people are blessed with the ability to make effortless, charming small talk with strangers, and the rest of us just try to muddle along as best we can. However, most people have, at some point, found themselves struggling to maintain a more than usually stilted exchange with someone whose conversation and demeanor, just seem a bit . . . awkward. It struck me that I’d never given much thought as to whether there might be a reason for this, something that helped to explain that person’s awkwardness. Might there perhaps be something in their background or
childhood experiences, some life event that had helped to shape them in this particular way?

I realized that I wanted to tell a story about someone like this, or, rather, someone who’d ended up like this, living a small life. A lonely person, a slightly awkward person, and someone in whom loneliness and social awkwardness had become entwined and self-perpetuating. I wanted to tell the story of how this had happened to her, and of what happened to her next, and this became the story of Eleanor Oliphant.

Many of Eleanor’s coworkers know nothing about her. Some of this can be contributed to her reluctance to interact with others, but it largely has to do with her unusual appearance and odd personality. Why do you think we are so hesitant to accept the “other”? 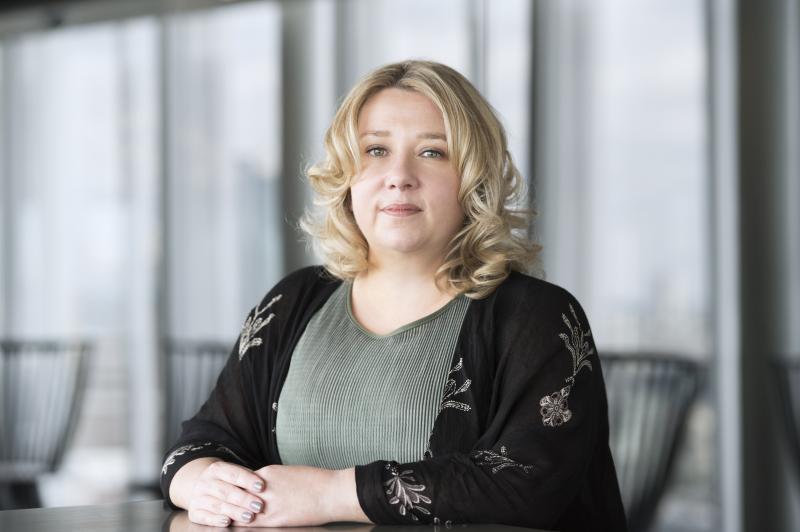 That’s a good question, and a very difficult one. In Eleanor’s specific case, I think that her colleagues, faced with what appears to be extreme and perhaps rather misplaced self-confidence, coupled with an inability to fit in socially and a complete lack of interest in attempting to do so, find her to be quite challenging, and possibly even a slightly threatening character. Of course, the reader can see the difference between who Eleanor really is and how she might appear to others, but unfortunately most of the people she encounters don’t have access to the full picture—her thoughts and feelings and experiences— which could help them understand why she seems to behave in particular, and sometimes quite irritating, ways.

Eleanor is so literal but so funny. Though there’s plenty of darkness in her story, she never fails to make us laugh. How did you come up with Eleanor’s inimitable voice?

I’m absolutely delighted to hear that she’s making people laugh! Darker aspects of the story aside, the character of Eleanor Oliphant was so much fun to write, partly because she has no filters and very little self-awareness, and so she often ends up saying things out loud that most of us wouldn’t ever dream of saying. Eleanor is also largely unaware of social conventions, or, when she is aware of them, pays them no heed. Because of all these factors, she looks at other people and at the world—even the most mundane, routine situations and encounters—from a very particular point of view. She’s not much influenced by received ideas or social pressures to conform, and trying to create a character who spoke with that particular voice and had that particular view of the world was such an enjoyable challenge.

If there’s one piece of advice you would give to Eleanor, what would it be?

I suppose if I had to suggest anything to Eleanor, i twould be that she should keep trying to open up. It’s great that she’s self-sufficient and confident in her abilities, but other people have so much to offer, and she’s been missing out on this. The other thing is that while it’s wonderful to receive help when we need it, it’s also a lovely feeling to be able to give it, knowing that you’ve been useful or made a difference in someone’s life, however small. If Eleanor opened up more and, in so doing, let people in, she’d also be giving them the gift of allowing them to help her—it’s a positive, virtuous circle.

What are you working on now?

I don’t want to say too much about it at this early stage, but it’s a novel that moves between the 1940s and the present day, with a male and a female protagonist who are related to each other, and it’s set in both London and Scotland. I’ve loved spending time with Eleanor in her world, but I’m really enjoying writing something very different, exploring different voices right now.