It's hardly a secret that there's something special about Texas — our great state has long attracted the dreamers, the strong-willed, and the independent. The Mealer family, for example. In 1892, John Lewis Mealer moved his family of seven children from the hills of Georgia to the high desert of west Texas. In so doing, he set off a rollercoaster of happiness and sorrow that would shape his family's fortunes for years to come. Bestselling author Bryan Mealer, John Lewis' great-grandson, has charted that journey across four generations in a riveting new family memoir The Kings of Big Spring: God, Oil, and One Family's Search for the American Dream. The book comes highly recommended by our own Valerie Koehler (and by bestselling authors like Bryan Burrough, who describes it as "a Texas version of Hillbilly Elegy"). We think it's going to be a 20th-century classic.

Bryan Mealer is joining us in the store for a discussion and signing on Tuesday, February 13. Pre-order your copy of his wonderful book on our website, then prepare for its release by reading Mealer's perceptive answers to a few questions we asked him earlier this month. Trust us: You're not going to want to miss this one.

The Kings of Big Spring is not a regional book — this is the story of the great American migration west. Your great-grandfather came to the high plains of Texas from the rolling hills of North Georgia. What was it like to dig into the trials and emotions of a family so far from home? 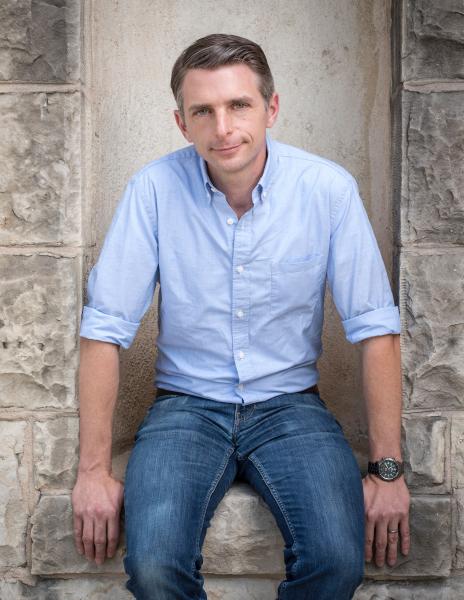 Honestly, my family had no idea where we were from, so all of my discoveries were new to them. They knew we came “from Ellijay” but that’s about it. So when I started this project, I went online, mostly to ancestry.com, and rooted around in Georgia for lost relatives. And I found them – folks like Clarence Mealer and cousin Frances. And with each one, a little more of our story came to light. I discovered that our story was very commonplace for that period, typical for a poor family of eastern hillbillies who moved west with little financial support. But when you put these ordinary people up against the backdrop of dramatic events that shaped twentieth-century America, you come away with an extraordinary story. It was a wonderful and rewarding process to be able to tell our family story in those terms, and for my relatives, it finally gives them some context for the crappy circumstances of their lives.

Your description of Big Spring is so similar to other oil boom towns of Texas. What do you think the rush of business does to the minds and hearts of the wildcatters? Your characters are larger than life!

It makes you think you’re invincible. It makes you think that no matter what happened the last boom and bust, this time will somehow be different. During the big Eagle Ford shale boom in South Texas (2013), I always reminded folks that a reckoning was coming, yet no one ever wanted to hear it. And it came. I remember a popular bumper sticker from when I was a kid that said, “God grant me one more boom and I promise this time I won’t piss it away.” There has never been a boom without a bust.

You talk about the Mealer luck. Can you describe that for us? Is it a blessing or a curse?

Growing up, relatives would often mention the “Mealer Luck” that my grandfather Bob spoke about (often as an excuse for some calamity that had befallen one of us). Hearing this, my dad would say, “I reject that curse.” Biblically thinking, he didn’t want to give life to something so negative by voicing it. So, he rejected it. The Mealer Luck may have been a curse to my grandfather, but it’s worked out pretty well for me. If nothing else, it gave me a hell of a story to tell.

Religion plays a big role in your extended family. Tell us a little about its effects on your family through the generations.

Religion still plays a big role in our lives. Most of my family still identify as Christian. Some are more “religious” than others (evangelical or Pentecostal) but I think we all try to walk that life in our own ways. Whenever someone gets sick, Aunt Zelda will start a prayer chain by text message. She’s still a prayer warrior like her mother and grandfather. My dad has become very hardened in his beliefs, even as he’s moved to a more moderate Lutheran church. But at least he doesn’t suffer from that same spiritual torment as he did when I was a boy. And a few years ago, when my kids started getting bigger, I also returned to the church and renewed my commitment. But I made it a point to find my own path to God, and not the one my parents took. I think each person has to approach faith on their own terms, and for me, it’s an ongoing journey. I wrote about that journey recently for the Guardian.

For a brief time, your family lived here in the Houston area, and the book mentions a pair of great Houston relics—Gilley’s and the Oilers. (For the record, our owner rode that bull at Gilley's one summer and she regretted it greatly.) What do you remember about your time here? 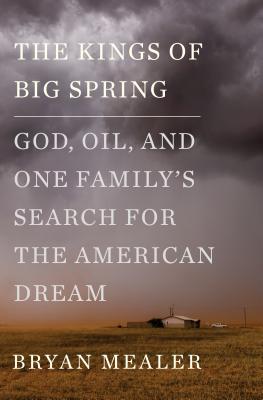 I remember Urban Cowboy coming out and knowing that that lifestyle was happening all around me. This was particularly true once we moved to Big Spring and Dad was in the oil business. But in Alvin, I remember being obsessed with Kenny “the Snake” Stabler and the Oilers and Dad and I driving around town looking for Snake Venom Cola. I loved Bum Phillips. He looked like one of my roughneck uncles. I remember being an Astros fan when Nolan Ryan signed with the team, and going to see them play in the Dome and hearing the announcer say, “José Cruuuuuuuuuuz!” After that, I was a big José Cruz fan. I remember it being hot and humid and catching crawdads with my cousins along the bayou. My cousin Brandon would wear his Nike football cleats everywhere, just to look cool, and we’d wait under the streetlamp after a rain when all the frogs would swarm under the light, and Brandon would leap off the curb and stomp them with his cleats. They were mean to frogs. And of course, I remember the great flood of 1979 when Tropical Storm Claudette dumped a record-setting rain on Alvin and Houston. Dad and I waded into the floodwater, me sitting on his shoulders, and watched our neighbors try to salvage their homes.

Narrative nonfiction is popular with our customers, and you do it so well. Any stories out there that you’re dying to turn into your next book?

Thank you. I’m interested in this journey of faith and have been reading and thinking about it a lot lately. I’m trying to do a series of articles for the Guardian about the crisis of American Christianity in the age of Fox News, Roy Moore, and Trump, so I’ll see where that takes me. But I am a reporter at heart and love to be on the road talking to people, doing research. I’ve generally written about issues of poverty (and resilience), but lately I’ve felt an even stronger commitment to that subject.

We’re always looking for great recommendations. What are you reading?

I just finished Evicted by Matthew Desmond, which was like a sucker punch in my gut because of the way he told this complex story of generational poverty through a narrow lens of evictions. It was so revelatory, and so smartly done. I also loved Nomadland by Jessica Bruder, who is a great journalist. I’m still thinking about Exit West by Mohsin Hamid. That guy is such a master storyteller whose subtle insights just stop me cold. I’m also reading Gilead by Marilynne Robinson and Strangers Drowning by Larissa MacFarquhar. I’m also excited to start Jamie Quatro’s new novel, Fire Sermon. Jamie also recently reminded me to read Christian Wiman’s memoir My Bright Abyss, which I just bought and will read this month. Do you spot a trend!?

The Kings of Big Spring: God, Oil, and One Family's Search for the American Dream (Hardcover)

"Think of it as a Texas version of Hillbilly Elegy."
— Bryan Burrough, New York Times bestselling author of THE BIG RICH and BARBARIANS AT THE GATE

"Bryan Mealer has given us a brilliant, and brilliantly entertaining, portrayal of family, and a bursting-at-the-seams chunk of America in the bargain.”

In a town deep in the Florida Everglades, where high school football is the only escape, a haunted quarterback, a returning hero, and a scholar struggle against terrible odds.

The Boy Who Harnessed the Wind: Creating Currents of Electricity and Hope (Paperback)

Now a Netflix Film, Starring and Directed by Chiwetel Ejiofor of 12 Years a Slave