There's nothing quite like that special bookshop smell. (Just ask Rory Gilmore.) Lately, our shelves have been positively perfumed by the sweet scent of summer reading. There have been so many wonderful new releases hitting our shelves that are just perfect for road trips, the beach, or just a lazy summer afternoon with a glass of iced tea and a comfortable chair. Below, we've rounded up a few of our newest favorites, for readers of all ages. There's romance, friendship, adventure, history, and magic to be found below. Breathe deep, and dig in. 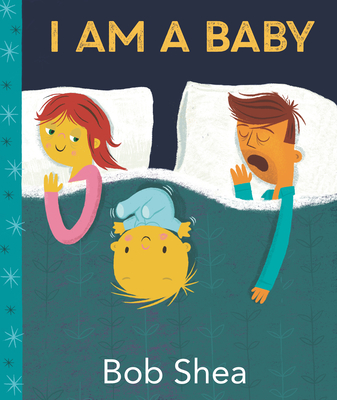 I Am a Baby by Bob Shea

This deadpan look at infancy from the baby's perspective will have readers of all ages in stitches. It's a perfect circle story, with every situation followed by, "Because I am a baby." Clever illustrations will delight eagle-eyed readers!
— Cathy

READ if you're looking for a funny and sweet read from a picture book master.
PASS because you are a baby — you probably need a grown-up to read this one to you.
Order your copy 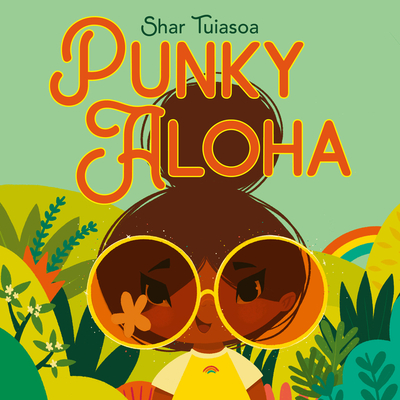 Punky Aloha wasn't always a brave adventurer. When Grandma asks Punky to go to the store to get butter for her famous banana bread, shy Punky hesitates. With the help of her grandma's magical sunglasses, Punky feels brave enough to go to the store and make new friends along the way.
— Barb

READ because this is a fun story that teaches all of us how to be brave.
PASS if you're super bummed that your sunglasses don't have any magical properties at all.
Order your copy 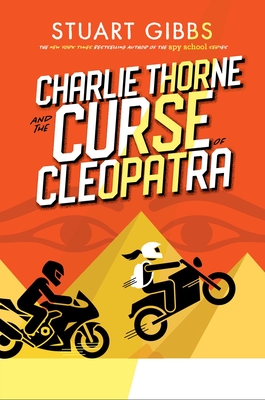 Charlie Thorne and the Curse of Cleopatra by Stuart Gibbs

Thirteen-year-old Charlie Thorne is knee-deep into her third adventure. This time, after months of searching, she has located the ancient artifact revealing Cleopatra’s clues to finding the Egyptian Empire’s greatest treasure. Unfortunately, she’s caught just as she’s tracing the stone tablet.

The CIA, under new—and less friendly—leadership, is tracking down Charlie because she alone knows the powerful secrets Albert Einstein left behind: His equation to the atom bomb as well as a list of historical figures who chose to hide their priceless discoveries from the world. Egypt and Israel’s intelligence agencies also are pursuing her and oh, so is the very rich, very powerful, not very respectable owner of Cleopatra’s stone tablet.

Another fun, sassy adventure for 5th graders and above.
— Jennifer G.

READ if you're in the mood for a clever, globetrotting adventure.
PASS because you're busy reading books 1 and 2 of this fun series!
Order your copy 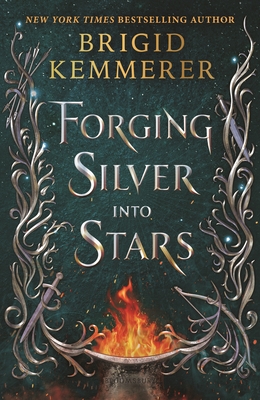 Baker Callyn and blacksmith Jax have been best friends since childhood. They live far from the capital and the palace and are more concerned with making enough coin for their taxes than in politics. When the King's Courier, Tycho, is forced to stop in their small town for a new horseshoe, he befriends the two of them, and they start to question the rumors they have heard about the King and his magic. The anti-magic Truthbringers have been through town asking Jax, and then Callyn, to hold sealed notes for money. Callyn finds herself unwittingly drawn into the Truthbringers' plans until events force her and Jax to choose their loyalties.

Set in the Kemmerer’s Cursebreaker world, this new series does not require you to have read the previous books.
— Caroline

READ because this new series has fantastic characters and the perfect amount of magic.
PASS if you'd like to read Kemmerer's Cursebreakers books first — there's no going wrong either way.
Order your copy 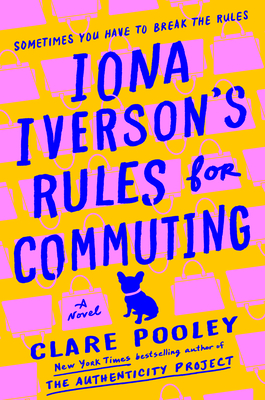 Iona Iverson writes the advice column for a magazine but is being pushed out because of her age. Every day, she commutes into London among a handful of eccentric passengers. Jennifer would sit next to Iona any day, even though she travels with her bulldog, Lulu. She is the woman with the magic bag — in the morning she pulls out a china tea cup to drink her tea, and in the afternoon, her low ball and a flask. Sanjay is the nurse who has a secret crush on Emmie, the social media maven. Piers is a jerk at first, but circumstances change. Martha is the teenager with bullying classmates. These strangers "know" each other, but incidents happen in quick succession to bring this quirky, lovable cast of characters together. It's lovely and hilarious.
— Valerie

READ because everyone should read something delightful this month — it's summer reading!
PASS if you hate smiling.
Order your copy 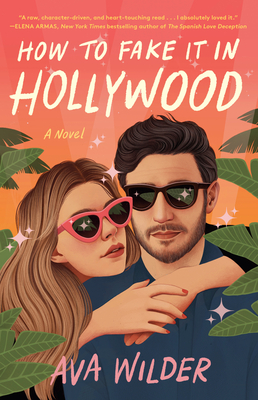 How to Fake It in Hollywood by Ava Wilder

Two Hollywood stars enter a fake relationship as a PR stunt created by a mutual friend in the industry. But what happens when the two can't contain their feelings? Follow Grey Brooks, an actress who is struggling to find a role after the end of her TV series, and Ethan Atkins, a well-known actor who has withdrawn from society as he grieves the loss of his best friend and movie partner, Sam. Such a delightful read! Perfect for fans of Emily Henry or Tessa Bailey.
— Ayah

READ because June is the perfect time to pick up a unique and fun romance novel.
PASS if you are also in a PR stunt relationship and you feel called out.
Order your copy 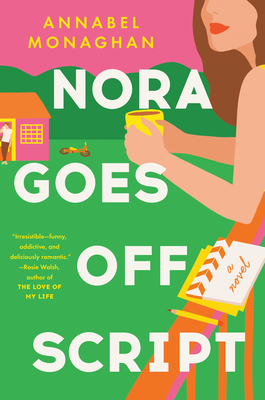 Nora writes scripts for the Romance Channel. When her husband leaves her and their two children, she channels her emotions into a script that's picked up for the big screen and will film at her home, complete with Sexiest Man Alive Leo Vance in the starring role. When filming's done, she finds Leo on her porch, asking to stay for another week. He's offering $1,000 a day so she'd be a fool to say no. What follows is a delight of a rom-com, complete with strong characters, plenty of real life and just a bit of Hollywood magic. Such a fun read!
— Cathy

READ this along with How to Fake it in Hollywood (see above) for a great romance kick.
PASS if you were the unwitting star of a reality prank show and still break out in hives at the mere thought of going off script.
Order your copy

Fans of Fresh Water for Flowers will feel at home in Three, Valerie Perrin’s new novel. As she did in the first novel, the author explores with compassion the intricacies of relationships, this time among three school friends who come of age and move in different directions as they reach adulthood. From the age of ten, Nina, Etienne, and Adrien have behaved more like siblings than friends. Nina, intelligent and artistic, is raised by her grandfather, a mailman; Etienne is the popular boy who gets through school with the help of his friends; and Adrien is quiet, reserved, and has secrets. After graduating from high school, the three plan to move to Paris together to continue their studies, but a series of unexpected events cause a disruption in their plans. The novel moves back and forth in time from 1986 to 2018, often at a dizzying pace, and chronicles the lives of the three friends as they make life-changing decisions that bring loss, grief, and unhappiness that challenge the friendships they once shared.
— Alice

READ because you're looking for a new book you'll want to hug after you finish reading.
PASS if your numerologist told you to avoid the number three at all costs.
Order your copy 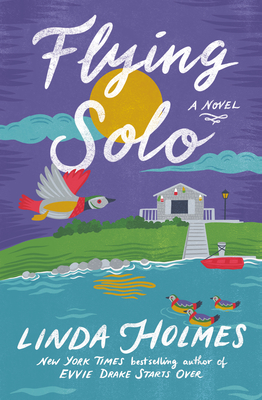 Laurie Sassalyn has spent her life surrounded by her noisy rowdy older brothers and, as a child, quite often escaped to her eccentric Aunt Dot's house for peace and quiet. Now Laurie is on the brink of 40, back in Maine to sort through and sell the house after Dot passed away. Cleaning out the house is too much for just Laurie, so she recruits her best friend, June, to help. Her high school sweetheart, Nick, finds himself recruited as well. A wooden duck found in the bottom of a trunk begins a mystery — is it valuable? Why is that duck protected and not just in a box? In trying to solve the mystery, Laurie gets conned by an estate seller and the payback is perfect! As Laurie sifts through years of memories and learns more of who her aunt was, she in turn learns more about herself. Will she let Nick become the one that got away, just so she can prove she doesn't need a man to be fulfilled? Or will she write her own rules for love and life at 40?
— Christina

READ because this is a stunning book that will remind you that it's okay to march to the beat of your own drum.
PASS if you hate rooting for wonderful main characters.
Order your copy

A discarded painting in a junk pile, a skeleton in an attic, and the greatest racehorse in American history: From these strands, a Pulitzer Prize winner braids a sweeping story of spirit, obsession, and injustice across American history

In Kentucky in 1859, an enslaved groom named Jarret and a bay foal forge a bond of understanding that will carry the horse to record-setting victories across the South. When the nation erupts in civil war, an itinerant young artist who has made his name on paintings of the racehorse takes up arms for the Union. On a perilous night, he reunites with the stallion and his groom, very far from the glamor of any racetrack.

A century later in New York City, Martha Jackson, a gallery owner celebrated for taking risks on edgy contemporary painters, becomes obsessed with a nineteenth-century equestrian oil painting of mysterious provenance. And in Washington DC in 2019, Jess, a Smithsonian scientist from Australia, and Theo, a Nigerian-American art historian, find themselves unexpectedly connected through their shared interest in the horse—one studying the stallion’s bones for clues to his power and endurance, the other uncovering the lost history of the unsung Black horsemen who were critical to his racing success.

Based on the remarkable true story of the record-breaking thoroughbred Lexington, Horse is a novel of art and science, love and obsession, and our unfinished reckoning with racism.
— Raquel

READ because, honestly, who doesn't love a good piece of horse fiction?
PASS? We vote neigh.
Order your copy