Ah, September. Here at the shop, it's one of our very favorite months, and not just for its innate "Shop Around the Corner" vibes. See, September also marks the start of the busiest, most exciting season in publishing, when box after box of great new releases hit our shelves (and shortly thereafter, yours). In fact, the staff has read so many wonderful books coming out this month that we're doubling down on staff picks and bringing you a new set of recommendations every week. Up first? An all-ages, all-genres, all-interests buffet full of familiar favorites and a few new names. Dig in! 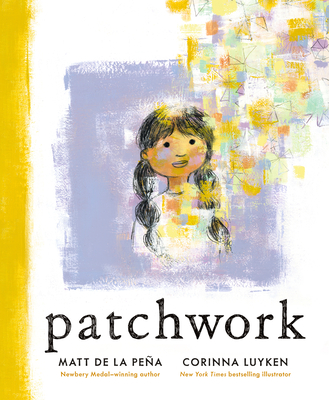 Matt de la Peña and Corinna Luyken combine their talents to take a look at the multiple possibilities that exist in each child — a dancer becomes a coder; a basketball player becomes a poet. It's a gorgeous ode to potential that will be at home on any shelf.
— Cathy

READ because this is a beautiful reminder that we are all made up of many things.
PASS if you like to avoid the jaw-dropping combo of Newbery Medal-winning authors and New York Times bestselling illustrators.
Order your copy 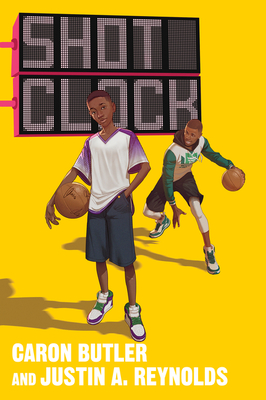 Shot Clock by Caron Butler and Justin A. Reynolds

Tony's life revolves around basketball and his hope of making the AAU nationally-ranked basketball team. His life recently changed when his best friend (and basketball phenom) was unjustly shot and killed by a police officer in the neighborhood park. When Tony doesn't make the roster and is instead offered a position as the team statistician, he feels second-rate, but reluctantly agrees. With encouragement from their coach, a new world opens up to him and his teammates as they find their way in the competitive world of basketball while also coping with the aftermath of a racially provoked death.
— Kimberly

READ because this is an inspirational read by a staff-favorite author, writing with an NBA all-star. Even if that's not what you thought you were looking for, it is now.
PASS if you are such a diehard Rockets fan that you can't forgive the 322 career points Caron Butler scored against Houston.
Order your copy 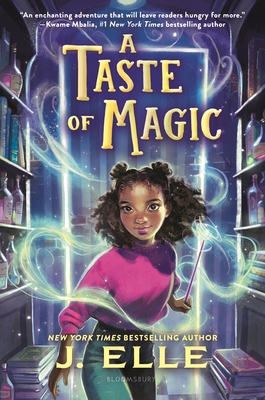 A Taste of Magic by J. Elle

Upon turning twelve, Kyana discovers she’s a witch when sparks fly from her fingertips. She learns she must attend magic school while keeping this family trait a secret — even from her best pal, Nae. At Park Row Magick Academy (stealthily tucked behind a neighborhood beauty parlor), Kyana struggles to learn various spells, charms, and potions. Regular middle school remains a challenge too, and her grandma is showing early signs of Alzheimers. Kyana becomes overwhelmed with juggling all of these new aspects of her life. To add to her troubles, she learns that the Magick counsel plans to close Park Row’s academy due to lack of funding, which would make it nearly impossible for kids from her area to learn the necessary skills. Luckily, Kyana has always excelled at baking, thanks to the help of her MeMaw. During all the turmoil, Ky turns on the oven and whips up some magical treats and enters a baking competition in an effort to save this special school. A Taste of Magic kicks off this middle grade series with sweet twists and spunky characters. Go ahead and take a bite!
— Liz

READ because J. Elle! Plus, this is the perfect blend of magic and sweet treats, with lessons about educational equality.
PASS for a moment if if need to stop by the bakery for some enchanting goodies to eat while reading.
Order your copy 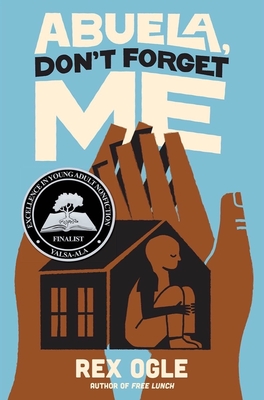 Rex Ogle has written a gorgeous third memoir in verse to pay homage to his Abuela, who often served as his only parental figure in a challenging childhood. Beautifully written, and at times hard to read, Rex's story and his Abuela will stay with you for a very long time.
— Cathy

READ because Rex Ogle can do no wrong.
PASS if you need to read Ogle's first two memoirs (Free Lunch and Punching Bag) before diving into his latest.
Order your copy 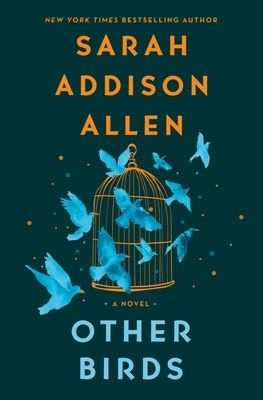 Other Birds by Sarah Addison Allen

She has a knack for writing books with ghosts and magic. In this sweet novel, a cast of characters are thrown together in a small condo complex hidden behind the main street of Mallow Island. Each person has a backstory. Zoey moves in because her mother left her the condo. Charlotte (or is she Charlotte?) is escaping a cult. There's Oliver and Mac (the incredible chef) and more. It's a light-hearted coming together of misfits.
— Valerie

Carrie Soto Is Back by Taylor Jenkins Reid

Carrie Soto has wanted to be the greatest tennis player of all time since she was old enough to hold a racket. Being coached and pushed by her dad helped her to achieve just that. With a bum knee and holding the record for most wins, she retires. Can “the battleax” leave it all behind when a new player is threatening to break her record? Nope. She comes out of retirement at age 37, to be coached once again by her dad. This time the coaching is not just for tennis on the court. He tries to teach her about being happy without the win and opening her closed heart to love. This book had me hating her, cheering for her, but most of all proud of her and the raw honesty she exudes while not being ashamed of that. It’s a tearjerker of epic proportions.
— Christina

READ because Taylor Jenkins Reid has done it yet again — and this is the perfect book to read during the US Open.
PASS if you like to avoid strong, inspiring female characters. (You may want to get another bookstore.)
Order your copy

The Marriage Portrait by Maggie O'Farrell

Based on what is known (very little) of the real life of Lucrezia di Cosimo de'Medici, O'Farrell's novel is a dark view of aristocratic marriage arrangements in 16th century Italy. Lucrezia is only 13 years old when she is promised to Alfonso II, Duke of Ferrara, filling in for her older sister who died unexpectedly. Two years later, the wedding takes place, and Lucrezia leaves Florence to live with Alfonso, who is caught up in an unclear (to Lucrezia and to readers) web of political intrigues. It becomes clear to Lucrezia (and to readers) that the only reason she is pampered, albeit with an iron glove, is so that she will provide an heir for Alfonso. After a year of marriage with no heir in sight, Lucrezia becomes convinced that Alfonso wants to kill her for her inability to conceive. Gorgeous and intensely dramatic writing makes for something of a page-turner.
— Alice

READ because this is a compelling portrait of a woman we sadly know little about.
PASS if you hate to learn anything while you read.
Order your copy 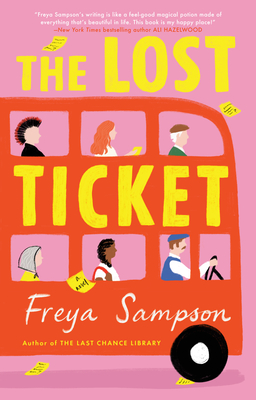 The Lost Ticket by Freya Sampson

Libby Nicholls finds herself on the bus to London following her recent break from her long-time partner, Simon. On her ride, Libby meets Frank, who mistakenly believes that she is someone else. This one mistake starts a friendship when Frank reveals that in 1962 he met a girl on the 88 bus who agreed to a date that never occurred after he lost the ticket with her phone number. Since this accident, Frank has ridden the same bus in hopes of seeing her and being able to apologize. Inspired by his story, Libby is hopeful that she can help play a role in their reuniting.

This is such a heartwarming novel of how strangers can come together to help other strangers. Full of fun characters, banter, and many lessons, this novel will guarantee a smile on your face. Highly recommended!!
— Ayah

READ because Freya Sampson has delivered a fresh and unique love story full of charm.
PASS if you were suddenly inspired to take out that "missed connections" ad you've been thinking about for years.
Order your copy

The Two Lives of Sara by Catherine Adel West

Sara, along with her baby, moves to Memphis, Tennessee in the early 1960s. She ends up at the Scarlet Poplar, a boarding house run by the much beloved Mama Sugar. Her new "family" embraces her as they tread through the early days of desegregation. Everyone has "history" and love. Sara finds love and acceptance only to be devastated by tragedy. For any fan of southern historical fiction with lots of food, love, religion, and more, it's a page-turner full of great characters.
— Valerie

READ if you are in the mood for a book that will draw you in and keep you engaged from page one.
PASS if "page-turner full of great characters" somehow isn't doing it for you.
Order your copy

Gut wrenching. Javier's parents have both fled to the USA from El Salvador. He barely remembers them. In 1999, at the age of 9, his grandparents put him in the custody of a coyote who was to take him to his parents in LA. The trip would last a few weeks. What takes place is a perilous journey by car, train, boat, and walking with multiple people trying to migrate under terrible circumstances. He writes from a child's perspective which makes it even more chilling. If you read between the lines, you will be even more concerned by our border policies than ever before. The only hopeful part is that he is writing this now, which means that he made it successfully.
— Valerie

READ because this is an unforgettable story we should all read.
PASS if you like to only read things that keep you comfortable and complacent.
Order your copy 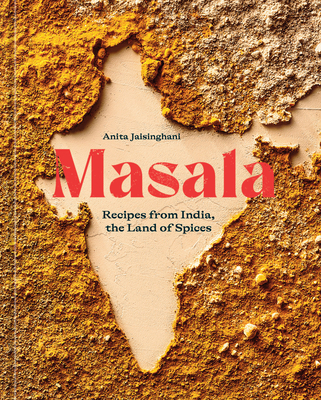 Masala: Recipes from India, the Land of Spices by Anita Jaisinghani

Chef Anita Jaisinghani of Pondicheri restaurant in River Oaks delivers a comprehensive debut cookbook full of accessible techniques, tips on cooking with whole spices, and flavorful recipes from every corner of India. Her Texas roots shine through, too, with delicious twists on Southern staples like grits, biscuits, and mac and cheese, plus cactus curry and more. Recommended for any fan of Indian cuisine.
— Noah

READ because you'll get to learn more about Indian food from the chef and owner of Pondicheri, a Houston favorite.
PASS if you're getting this for someone else so they can make the food for you.
Order your copy