We don’t know about you, but we still haven’t adjusted back to standard time. Fortunately, it’s a proven fact that you don’t miss the sunshine if you have a good enough book to keep you company, like the ones in our highly varied mini-list below. In the mood for a little fantasy? No problem. What about some secrets and rock and roll? Look below to find that read! Wondering what life would be like without modern technology? Scroll on down. Looking for a little love? We got you. Whatever your style, find your next read to snuggle up with—you won’t even notice when it gets dark at 5:00 PM. 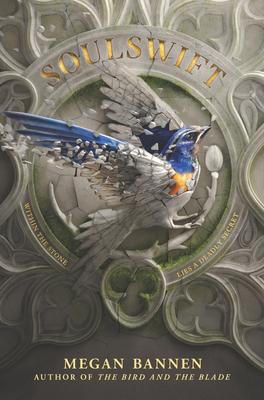 Gelya is a Vessel, chosen as a young girl to be the living vessel for the word of the One True God, Ovin the Father. She is asked to translate for a Demon-worshipping captive, Tavik, at a Grand Summit when her world and her beliefs are thrown into turmoil by a deadly attack from within. Gelya and Tavik reluctantly team up to escape, but when Tavik attempts to release his Mother goddess, who Gelya knows as the Demon, Gelya becomes her unwilling vessel. Now they are both in danger and in a race against time to release Gelya from the goddess/demon. An intriguing take on what happens when conflicting beliefs collide and doubt creeps into a worldview. Both Gelya and Tavik find their beliefs and allegiances challenged.
— Caroline

READ because this is a fantastic fantasy full of thrilling action, witty characters, and thought-provoking circumstances.
PASS if you only read at night and reading about demons will give you the heebie-jeebies.
Order your copy on our website. 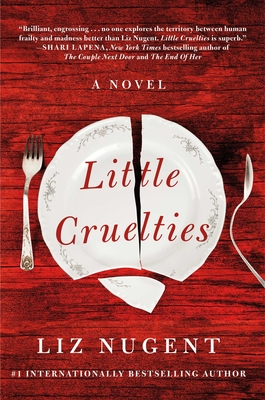 A flawed Irish family deals with old secrets, and new lies. Will, the oldest and most beloved by his mother, is a Harvey Weinstein character who seems likable at first. Brian, the middle brother, is the savior of the family, or maybe not. Luke, the youngest, is verbally abused by their narcissist mother. He has inherited her mental illnesses and struggles to survive (even though he is a world-famous rock star and actor). Follow their stories as they sleep with everyone and more. It's all sex, drugs, and rock and roll.
— Valerie

READ if you’re looking for some family drama that’s not your own.
PASS if you skip any book written by a New York Times bestselling author.
Order your copy on our website.

The Arrest by Jonathan Lethem

Alexander Duplessis, formerly a Hollywood screenwriter, has spent the last few years living on the coast of Maine where he is a delivery man and butcher’s assistant.  Life in the U.S. (and, presumably in the rest of the world) has changed since The Arrest, during which – for unexplained reasons – all modern technology has ceased to function: no carbon fueled electricity, no cars, no computers, no cell phones, no coffee, and no news from the rest of the world. Sandy’s sister, Maddie, runs one of the farms that produce food for the small coastal community as well as for The Cordon, a group of aggressive individuals that offers protection for the townspeople. Into this surreal, involuntary back-to-nature world comes a nuclear-powered “carship,” driven by Peter Todbaum, an eccentric and obnoxious former Hollywood colleague of Sandy’s. He has traveled all the way from California to find Sandy and Maddie, with whom he had some kind of fling several years earlier. The townspeople seem content to put up with Todbaum—in exchange for espresso—but The Cordon wants the carship for their own purposes. Sandy is kind of an intelligent doofus, who never seems to understand what’s going on, but Maddie steps up with a Plan on how to deal with the awkward situation.
—Alice

READ if you’re looking for a read that is part post-apocalyptic, part dystopian, and part utopian, but also is not really any of those either…
PASS if stories about a world where there are no cell phones and coffee fill you with dread.
Order your copy on our website. 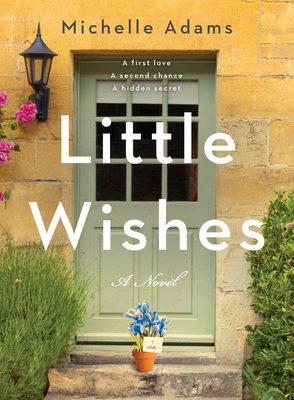 Each September 7, Elizabeth Davenport wakes in her cottage on the Cornish coast to find a blue crocus on her doorstep with an unsigned love note that invariably begins with “I wish…”  Though they don’t see each other or speak, she knows these notes are from her first love, Tom Hale, and she stores these written wishes like treasure. On this day that is the 50th anniversary of the day he pledged to love her forever, her doorstep is bare. In this absence, Elizabeth suddenly is confronted with the reality of 50 years of missed opportunity to open the door and face her truest love. A painful secret that has kept them apart all this time is not enough to stay her worry and longing. She is driven at last to leave her safe enclave and seek him out in London to discover once and for all if they can share whatever time they may have left, determined to make as many as possible of those little wishes come true.
—Jennifer

READ because this is a beautiful love story you’ll want to hug days after you finish.
PASS if you hate love, couldn’t stand Me Before You, and plan on spending this holiday season perfecting your Scrooge impersonation.
Order your copy on our website.